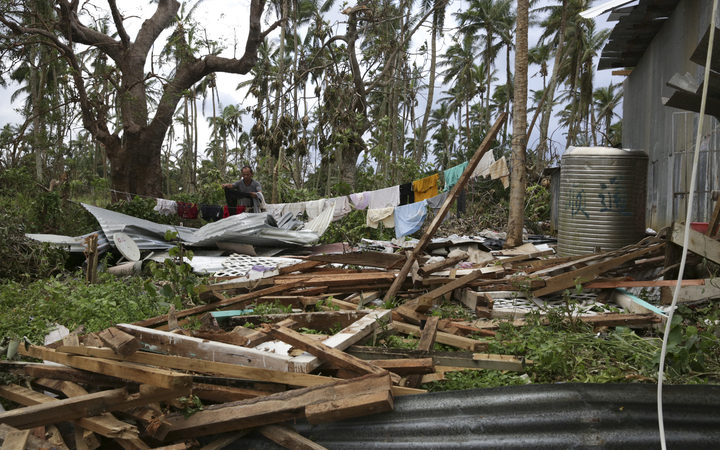 A week after the category four storm severely damaged parts of Tongatapu and 'Eua, only pockets of the community have power and many are still working to clean up their properties.

Emergency Management staff and aid agencies have been working to distribute supplies to the hardest hit areas.

But the President of the Free Wesleyan Church, Rev Dr Finau 'Ahio, says people's emotional state needs to be mended too.

Dr 'Ahio says his church has begun sending counsellors around the island.

"Some people have been affected mentally, psychologically...So we need top help them and settle their minds and [their] thinking of what has been happening."

Meanwhile, a high-school principal in Tonga says he is not sure where he is going to teach his students after last week's Cyclone Gita.

A high-school principal in Tonga says he is not sure where he is going to teach his students after last week's Cyclone Gita.

Sitani Paulo Mahe is head of Takuilau College in the eastern districts of Tongatapu.

Mr Mahe said the school was badly damaged and he would need to do some shuffling of rooms to accommodate the more than 500 students that attend.

"All the roof was blown away and there are about 15 classrooms with no roofs now. I don't know where to get more roofs from and the staff room will longer be a staff room now, it will be one of the classes. And maybe I will hire some tents."

Sitani Paulo Mahe said he expected many students would be away today but he was hopeful his school could provide a return to normalcy for them.