Tonga's government has declared a state of emergency as the country prepares for Cyclone Gita to hit tonight.

In a statement the Acting Prime Minister Semisi Sika said due to destructive force winds and sea rises associated with the category four storm, it was necessary for emergency powers to be exercised in order to prevent or minimise loss of life or injury and damage to property and the environment.

Cyclone Gita is expected to be upgraded to a category five by seven tonight, packing winds of over 200 kilometres an hour.

The storm is forecast to be closest to the main island of Tongatapu at around midnight. 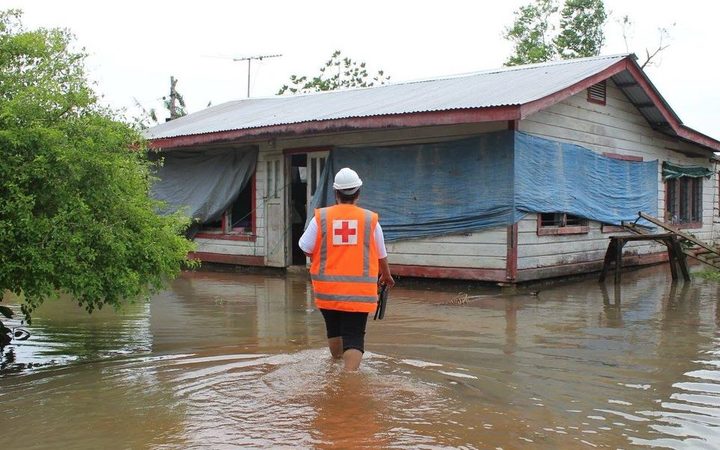 A massive clean up is under way across Samoa and American Samoa after they bore the brunt of the cyclone at the weekend.

Some parts of Samoa are still underwater as emergency teams work to restore power and running water to thousands of households.

Schools have been closed and there are raised fears about sanitation and the spread of mosquito-borne dengue fever.

The cyclone is now around 315 kilometres east of Tongatapu and moving towards the island at around 27 km/h.

The Tonga met service said the country should feel the worst of the Cyclone Gita, which is currently a category four storm, around midnight.

The storm is packing winds of over 160km/h and is forecast to intensify.

In Samoa, the Red Cross is checking on people affected by tropical #cyclone #Gita, which is now threatening Tonga, after causing flooding in Apia & downing trees #TCGita pic.twitter.com/iyyIYBenTp

"We are worried because it looks like it will hit in the night time as well but heavy rain and flooding is always a problem on the main island with water settling because it is quite flat," he said.

Tonga Police said the Tonga national emergency committee has recommended the acting Prime Minister should declare a state of emergency. 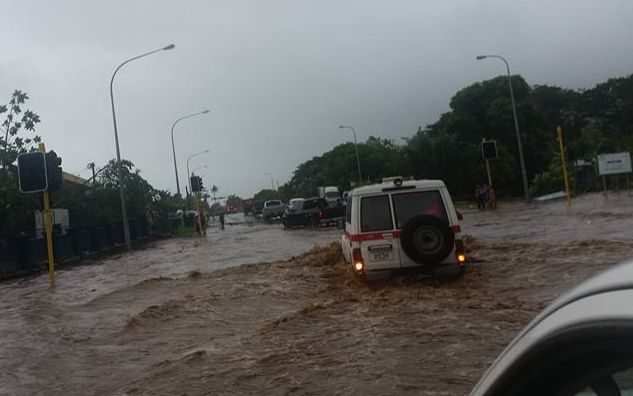 Latest forecast from @FijiMet strengthens #TCGita to a dangerous category 5, the top of the scale. ~Chris pic.twitter.com/uaHzdKjS0h

The country is on a high state of alert, with schools and workplaces closed as people make final preparations for tonight's expected impact.

He said the storm's centre was forecast to go south of Fiji, though its southern areas would get high winds and heavy rainfall.

Red Cross worker based in Suva Hanna Butler told Morning Report locals were well aware that it was tropical cyclone season, and Tongans would be taking extra precautions.

"People are going battening down the hatches and this kind of preparedness works, it saves lives."