American Samoa is keep a close eye on a tropical depression closing in on the territory as it expected to intensify. 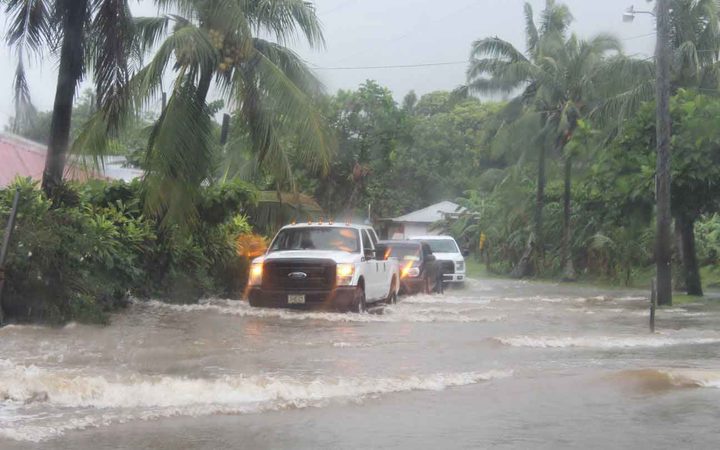 The territory has already been struck by flooding this week Photo: Supplied/ Monica Miller

Showers are forecast to continue today with the Department of Education cancelling school for a second day.

American Samoa Meteorologist Salu Malala Salu said the approaching depression was expected to intensify within the next 24 hours.

"There's a tropical depression ... and it's located about halfway between us and Fiji. Looking at the models, it should come near Savai'i and Upolu [in Samoa] late tonight," Mr Salu said.

"By the time it reaches Savai'i and Upolu it should be a tropical storm, meaning winds of 30 to 45 miles per hour and then it should come over us [in the] morning as it tracks going southeast." 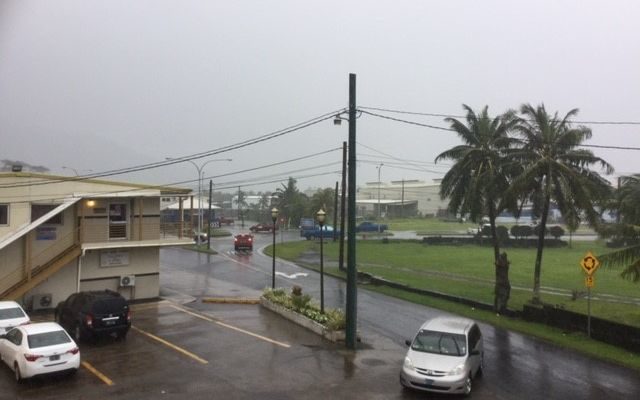 Samoa is bracing for high winds and heavy downpours over the weekend as three tropical depressions circle the Pacific region.

According to the Samoa Met Service, their primary focus is monitoring the Tropical Disturbance (TD07F) and potential hazards to Samoa over the next 24-48 hours.

intensify further as it nears Samoa by Saturday morning".

The service also advised that rainfall activity will continue to amplify with northwest winds expected to strengthen.

The public have been advised to remain vigilant and take precautionary measures, making sure they have the latest update on the weather.