A canoe, or va'atele, from Samoa has sailed to New Zealand for a three week festival to promote a part of their culture that is at risk of dying. 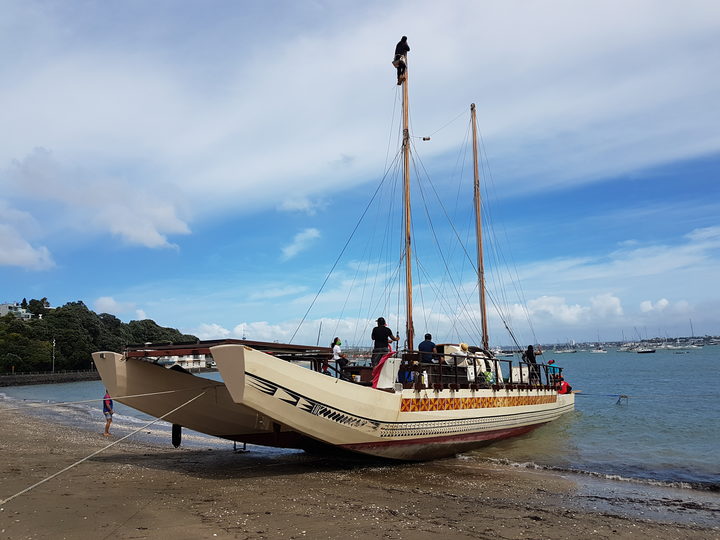 Navigating at sea was a common practice among Pacific ancestors and the Samoa Voyaging Society (SVS) is using its canoe as a floating classroom to educate people around the region about that part of history.

The non-profit organisation's purpose is to revive the heritage of traditional ocean voyaging and environmental stewardship with a new generation of people across the Pacific.

The 22-metre Samoan traditional canoe, Gaualofa, arrived to New Zealand early January and will sail around the country until the end of March.

Gaualofa's New Zealand voyage includes being part of the Tāmaki Herenga Waka Festival in Auckland, going to Waitangi Day celebrations in the Bay of Islands, the Pacific Climate Change conference and the New Zealand Festival in Wellington as central participants in the 'Waka Odyssey'.

"I want to pass down my knowledge to my children and their children, sharing with them the importance of looking after our island, especially our Pacific Ocean.

"It's not just about spreading the word on environmental issues in the Pacific. It's about connecting people like the Tongans, Samoans, Māoris. That is just as important," he said.

Schannel van Dijken, the president of SVS, has been part of the crew for eight years.

Mr van Dijken said to fully get some positive changes in the ocean that is facing issues such as pollution, we need to look at the past of the Pacific ancestors and how they worked. 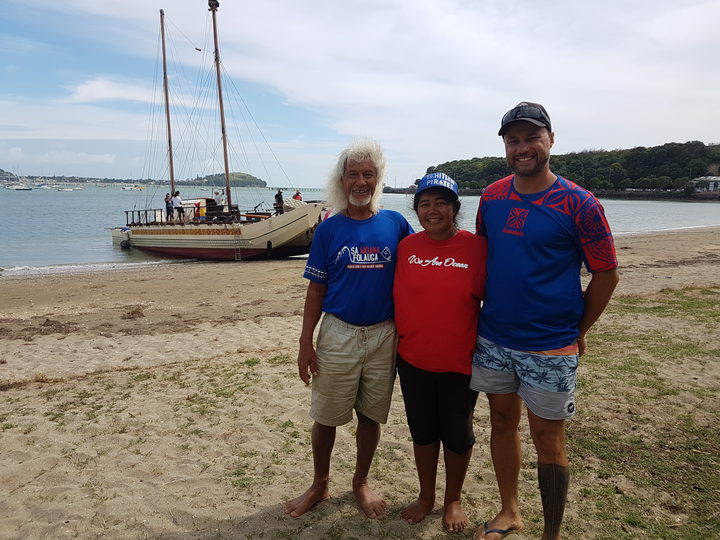 "Our ancestors learnt how to live in a sustainable way and had proper stewardship over the resources they had and we're losing that now in this day and age."

Mr van Dijken said it was not just about reviving the ancient practice of navigating by the stars, but making people aware of what was happening in the Pacific Ocean.

"The Gaualofa is a floating classroom that not only teaches the crew on board about sailing and about different countries the canoe sails to.

"We work together with our partners such as Conservation International, Okeanos Foundation and the Government of Samoa to raise awareness about keeping our environment clean," he said.

"Earlier in 2017 we did a project with Disney, where we took the movie Moana around Samoa because the messages from that film are the messages that stand today.

"The Pacific Ocean has a voice and, in the film, the ocean was a character and she needs help." he said. "Pollution is hurting her."

Gaualofa is one of five canoes taking part in the 'Waka Odyssey'.

Mr van Dijken said participation in the festival meant the crew from Samoa would gain a rich experience from New Zealand voyage.

"The festival celebrates waka culture and celebrating our shared ancestry we have with the Māori and engaging with them, because they have a lot of knowledge to share seeing they have been doing this traditional navigation longer than us.

"This event also provides the perfect platform to give our young crew more training opportunities," he said.

A labour of love for the crew

However, it has not been smooth sailing for the Samoa Voyaging Society, where the team encountered a few issues when bringing their canoe to New Zealand shores. 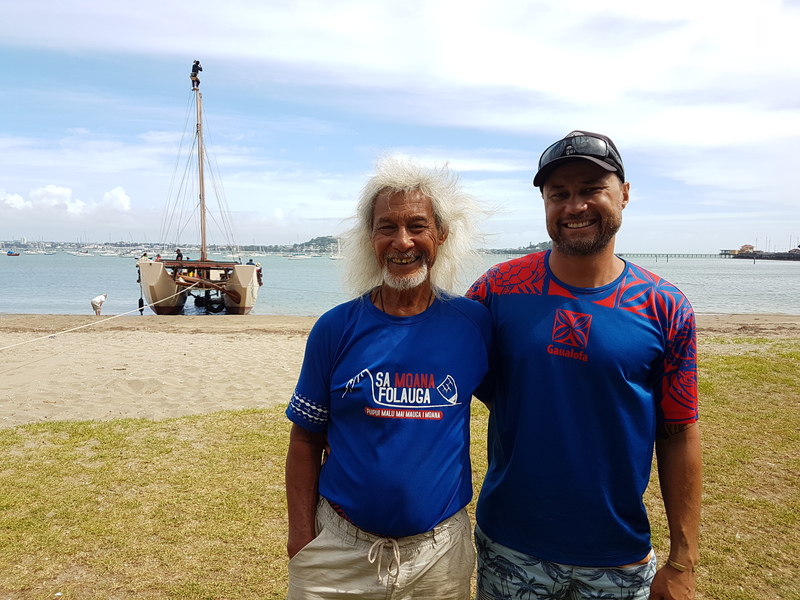 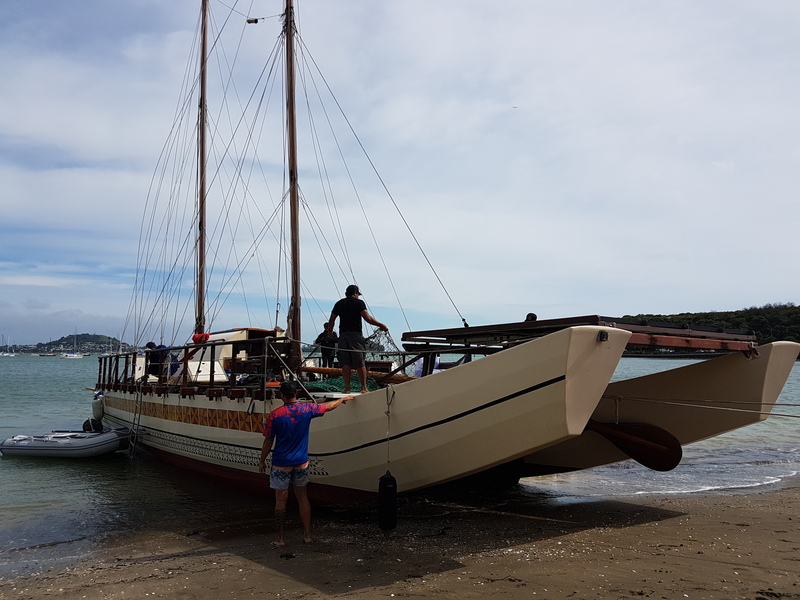 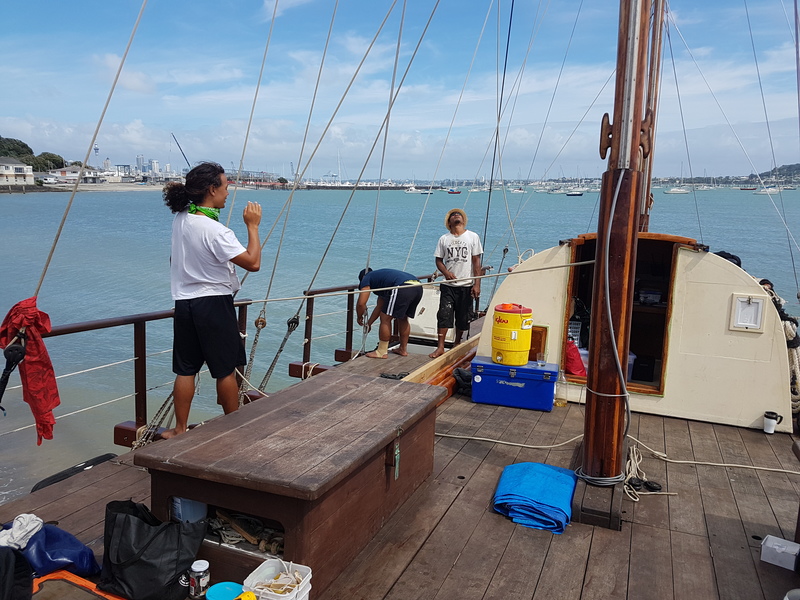 Crew members preparing the canoe for their NZ voyage 2018 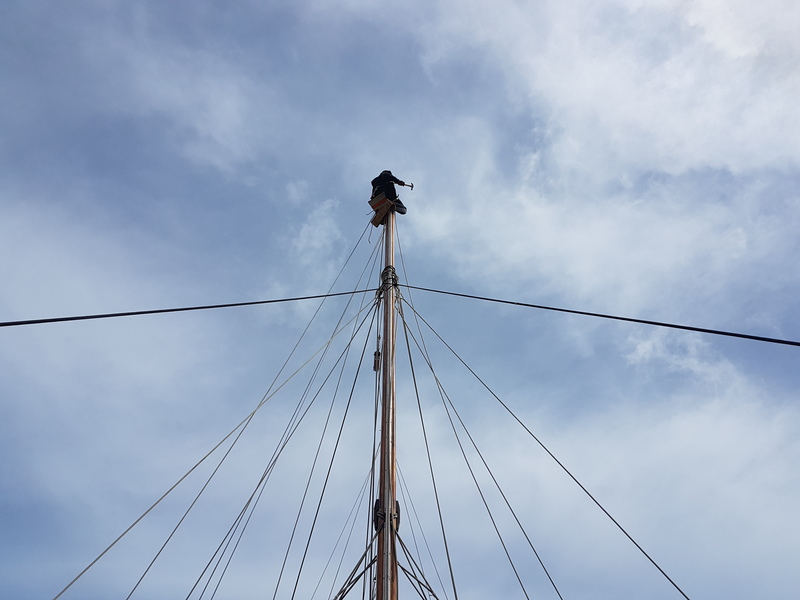 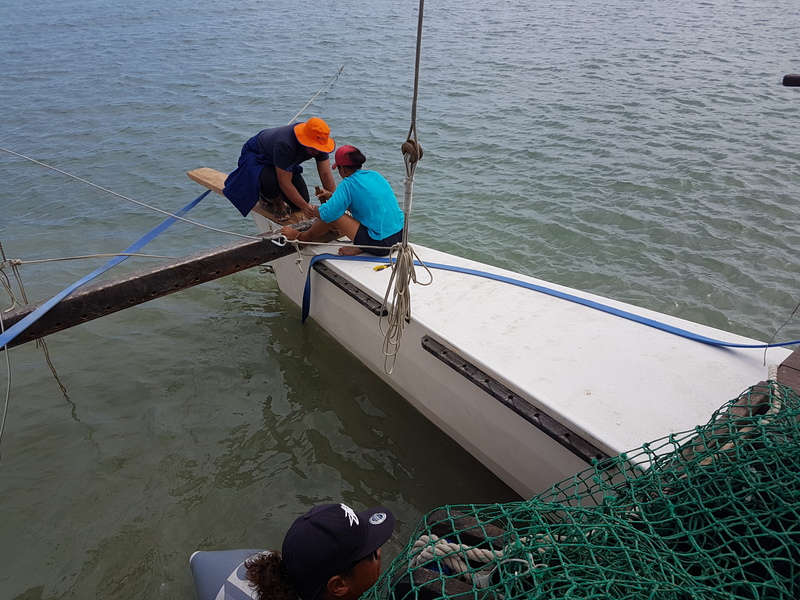 Crew members repairing the front section of the canoe

"We had a few mishaps such as the weather conditions and some materials coming in late, which has made us miss our deadline for some things," said skipper Fealofani Bruun.

She said working on the Gaualofa had been a labour of love for the crew.

"The Gaualofa crew are all volunteers and we all work 13 to 14 hours a day. Sunday is the only rest day.

"But there has been a few times so far since we arrived on the weekend of New Years that we have been working seven days a week."

The crew of 16 from Samoa will showcase their culture at the New Zealand Festival from 23 February to 4 March.