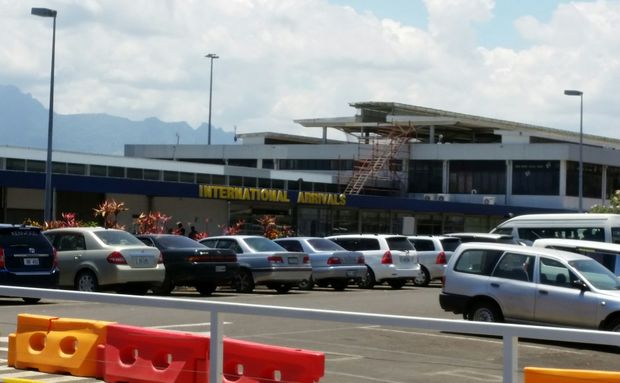 Australian unions are warning the Fiji government that failure to resolve the lock-out of aviation workers at the Nadi International Airport will hurt Fiji's tourism industry.

More than 200 staff have been locked out since the 16th of December by their employer Air Terminal Services for attending a meeting to discuss concerns about their working conditions.

In support of the beleagured workers, Australian unionists and members of the Fijian community in Australia staged a rally today outside the Fiji consulate in Sydney.

The national secretary of the Transport Workers Union of Australia Tony Sheldon said it was in the Fiji government's best interest to resolve the situation.

"The government and the management there have knowingly put untrained workers at significant risk. We have seen the hospitalisation of one employee already. We have seen planes damaged and aircraft being identified not until they go to their home port in this case Auckland. And it means that passengers are being put at serious, serious risk by a substantial downgrading of standards."

The rally was organised by the International Transport Workers Federation which is calling on the Fijian government to reinstate workers without any loss in conditions or victimisation and with an agreed timeline to resolve all other issues, in particular the workers' cost of living adjustments.