New Zealanders have protested against the treatment of workers at Fiji's Nadi airport.

50 people demonstrated outside the Fiji High Commission in Wellington today, to show unity with around 200 workers from Air Terminal Services, who they say have been locked out since mid-December for standing up for their rights.

Members of various Wellington unions, their supporters and representatives attended the demonstration along with members of New Zealand's Fijian community.

The secretary of the New Zealand Council of Trade Unions, Sam Huggard, said he was dismayed and angered that the workers had been locked out for attending an emergency meeting to discuss issues they claimed management were ignoring.

Mr Huggard said he wanted to see the lock-out end and people back to work.

"It's in all of our interests for tourism, which is such a massive industry in Fiji, to be operating at full steam," said Mr Huggard.

"So we want the workers back on the job, properly staffing Nadi airport so that the traveling public can be assured that things are going to operate smoothly while they're there," he said.

"And most importantly of all, so that the workers are respected." 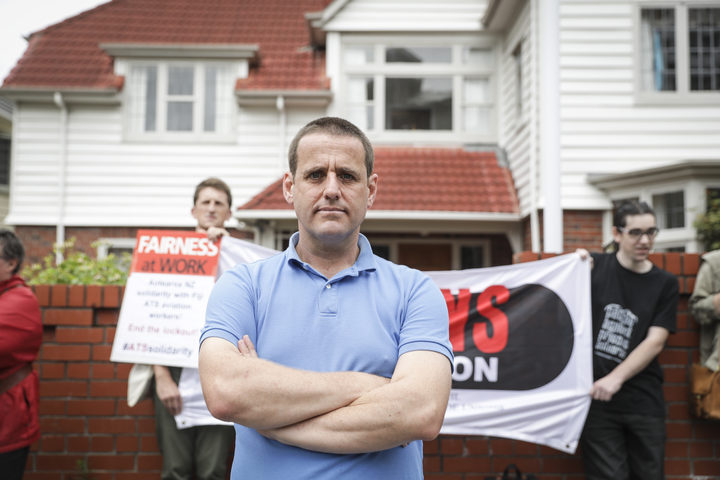 Meanwhile, the national secretary of the Fiji Trades Union Congress, Felix Anthony, said plans were well under way for a protest at Nadi airport tomorrow.

Fiji police issued a permit for the demonstration earlier this week.

Mr Anthony said he was expecting a huge crowd at the airport in support of baggage handlers, caterers, engineers and passenger services staff who had been deprived of income for nearly a month.