Thousands of West Papuans have demonstrated in Jayapura, calling for the closure of the massive Freeport gold mine in Mimika regency

They're also demanding Indonesian security forces withdraw from the area around the mine where a standoff continues with the West Papua National Liberation Army, or TPN.

An estimated two thousand Papuans took to the streets of Papua's provincial capital to demand the closure of a mine they see as a symbol of oppression.

Freeport is Indonesia's single largest source of revenue but Papuans say they see no benefit from it.

Recently, Jakarta has been negotiating for Freeport's US parent company to divest from the mine, but West Papuans say they are not consulted over the matter.

Now, tensions in the region around the mine have been escalating amid intensified movements of security forces. Reports from Mimika indicate the Indonesian military launched rockets into the TPN stronghold earlier this week, killing two of their members.

Police and military blame the TPN for shootings on the road to the mine last month which left two policeman dead and others injured. Reports not yet confirmed by police say a Papuan was also shot dead in the past month on the road. 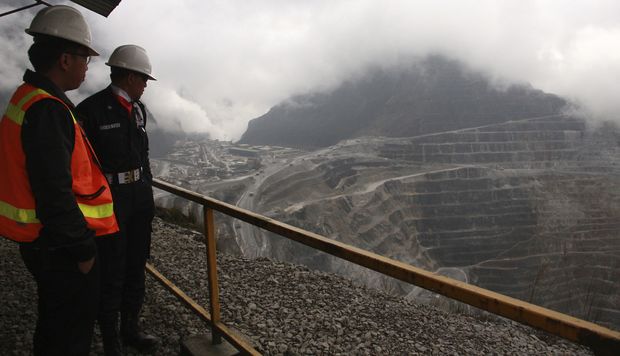 The road between Timika city and the Freeport mine, which is about 125 kilometres long, is guarded by an estimated three thousand Indonesian security forces.

According to Indonesian human rights researcher Andreas Harsono, 50 people - including Freeport workers, civillians, police and military officers - have been killed and over five hundred injured in shootings along the road in the past fifteen years.

With the recent spate of unrest along the road have come signs of an Indonesian military sweep operation of the kind that have caused many Papuan villagers to flee into the bush in the past.

Earlier this week Indonesian police said they were evacuating residents from several villages in the Tembagapura area. But villagers said they were terrified by the presence of these forces, and that the military were obstructing their ability to access food.

It contrasts with claims by Indonesian police earlier this month that the TPN was holding people in Kimberley and Banti villages hostage. 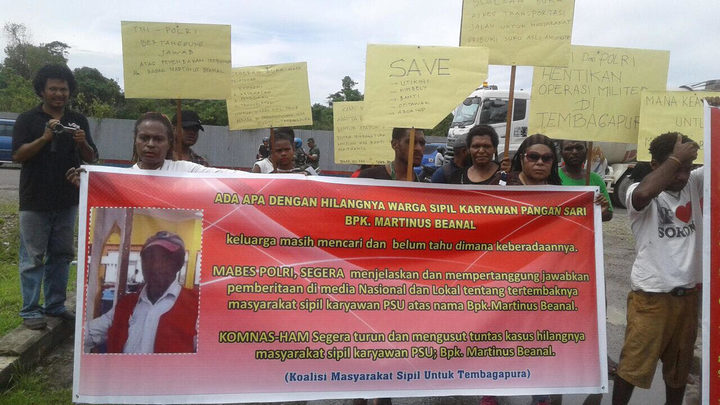 A demonstration was held in Timika yesterday by a group of local civillians protesting against what they described as "hoax reports" in Indonesian media regarding the hostage claims.

The demonstrators also sought answers about the reasons for the recent disappearance of a local Papuan, Martinus Beanal, whose family has now been told by police that their son is buried. The family said they had not seen his body since and were given no reasons for his reported death.

Meanwhile, a spokesman for the Justice and Peace Secretariat in Mimika's capital Timika, Saul Paulo Wanimbo, said the TPN had relayed a message to local villagers that they were not targetting them.

The TPN said its conflict was strictly with the Indonesian military and police, and that one of their main goals was to close the Freeport mine.