A "Dunkirk-style operation" will be needed to get thousands of people off the island of Ambae as the eruption of the Manaro volcano continues, a Vanuatu journalist says. 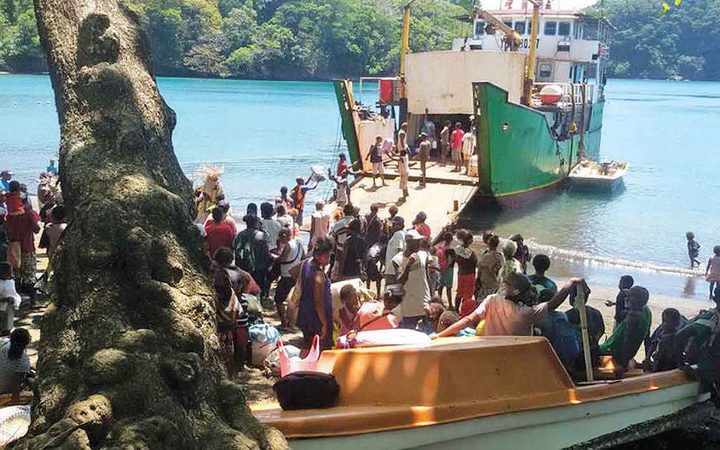 Thousands of people need to be evacuated from Ambae as Manaro continues to erupt. Photo: Dan McGarry/ Vanuatu Post

The volcanic alert at the Manaro Voui crater is at level four with warnings of flying rocks, volcanic gas, acid rain and ash falls.

At least 7000 of the island's population of more than 11,000 have already been relocated from danger zones around the volcano to evacuation centres on the western and eastern sides of the island.

"It is going to require something approximating a Dunkirk-style operation where we're going to have to mobilise a lot of civilian marine craft in order to accommodate that large number of people in such a short period of time." 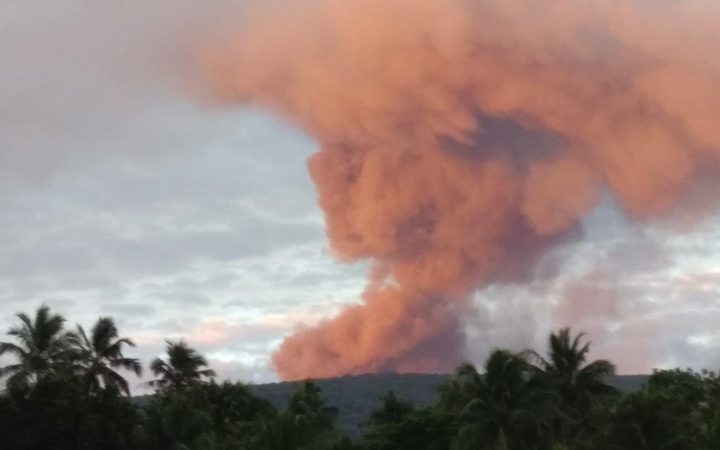 The government has asked the international community to provide non-perishable food items until food from other Vanuatu islands could be obtained.

Peter Korisa from Vanuatu's Disaster Management Office said food, water and shelter for those affected was the primary concern.

Mr Korisa said the situation was frightening and stressful for communities on the island, but they were calling for people to listen out for instructions from officials.

"We don't want to create panic in this type of situation.

"What we are trying to do now is just pass the message back to them, just to keep calm and wait for anything that government would decide." 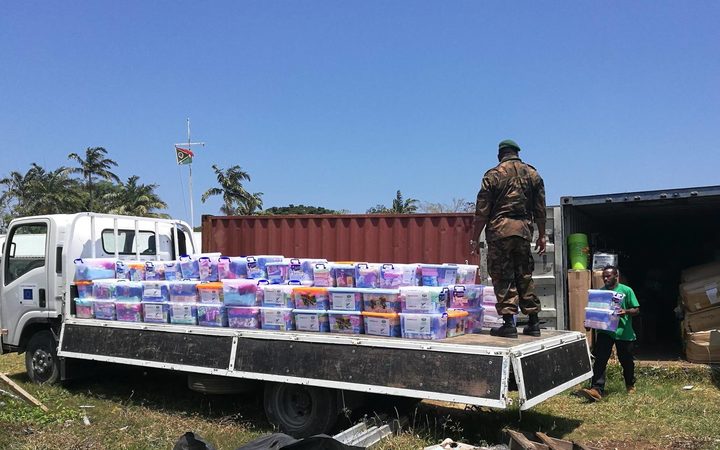 Supplies from New Zealand are unloaded in Vanuatu. Photo: Supplied

New Zealand was working with the Adventist Development Relief Agency and Vanuatu's Disaster Management Office to deliver $US325,000 worth of water, sanitation and hygiene kits to Ambae Island refugees.

He told Morning Report the eruption has been escalating over the past couple of weeks.

He said he was going to help the geohazards vulcanologist team collect data and make assessments to aid the response.

"All the historic eruptions at this volcano have been relatively short, just a few weeks to months, rather than ... years to decades, so I would probably bias to a shorter eruption.

"But nature will have final say in that unfortunately."