Vanuatu's government has declared a state of emergency on the island of Ambae, as authorities evacuate about half the island's population in the midst of a continuing volcanic eruption. 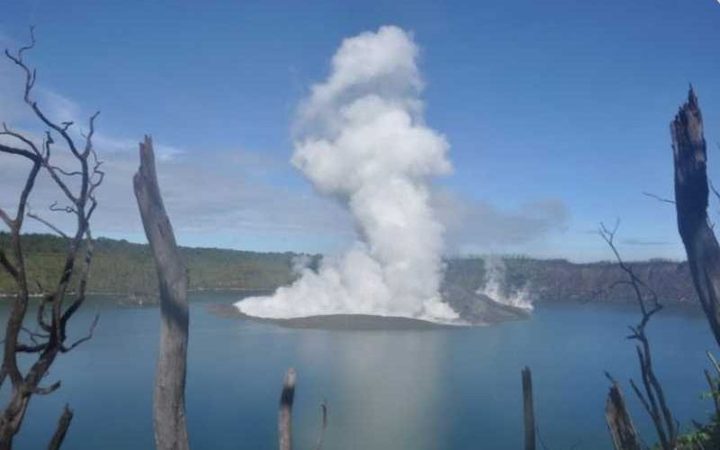 The volcano at the island's centre has been rumbling for weeks, but its activity picked up suddenly on Saturday, when it started belching ash across much of the island.

Authorities are using boats and cars to move everyone in the island's north and south - at least 5000 people - to the east and west.

The operations manager at the National Disaster Management Office, Peter Korisa, said about 2000 people have been moved so far, and he said evacuation is compulsory.

"The major hazard at the moment is to do with ash fall and acid rain. We're actually using whatever resources we have. A very limited resource we are trying to use internally. We're using some local vessels, commercial vessels, and well as the local land transport. It's a very low-scale type evacuation."

The chairman of the disaster committee on Ambae, Manuel Amu, said authorities set up 15 evacuation centres, mostly in schools and community centres.

He said the island's 10,000 people needed help with food, water and other supplies.

"It's quite a serious emergency with 10,000 people moving from their communities and locating them in an area with very limited houses and very limited resources like food and water. It's really a challenging issue."

Further west, residents on the country's largest island, Santo, said crops risk being ruined by falling ash if the wind direction does not change.