Two Tongan artists are sharing their knowledge and skills as part of their effort to keep their tradition alive as New Zealanders celebrate Tonga language and culture this week. 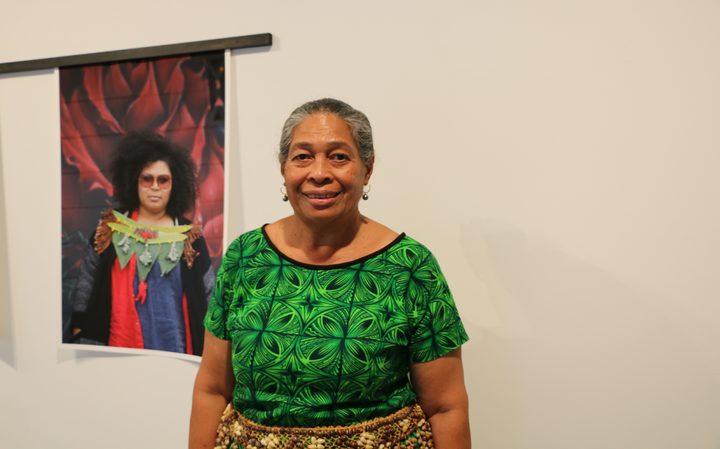 Sulieti Fiemea-Burrows is internationally-known for her tapa work in arts circles and has just returned from England where she ran workshops sharing her knowledge and skills.

"We went up to Birmingham, and they have a big quilt festival and there is some people over there it was the first time they saw the tapa. It was very popular and they want to come in and touch and see what the type of material is. We do have two workshops over there a day on how to make tapa and how to make kupesi."

As a youngster, Sulieti Fiemea-Burrows grew up watching her mother make ngatu, or the tapa cloth, in Falevai village on Vava'u.

She's grateful for her eagerness to learn back then, and that she can now pass on the skill of making ngatu as it has slowly died out back in her village. 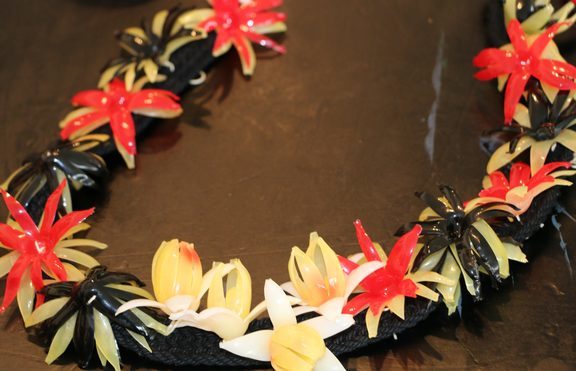 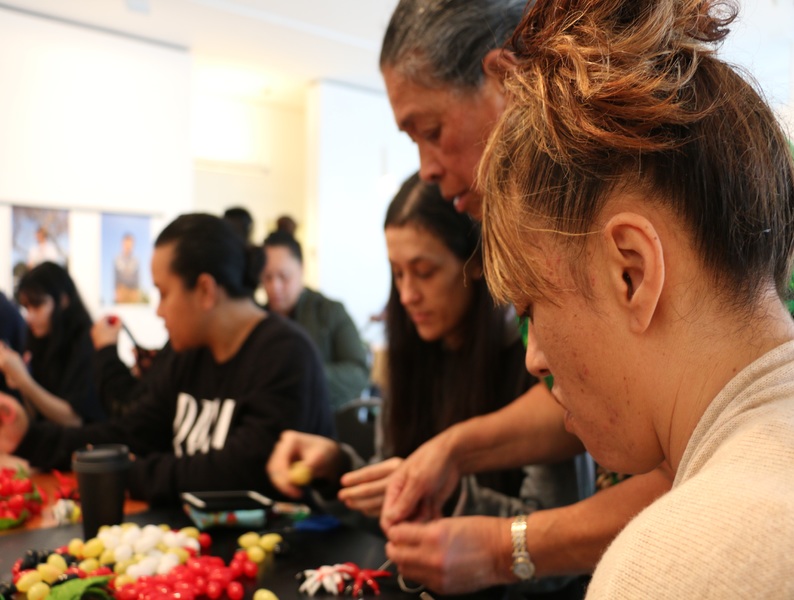 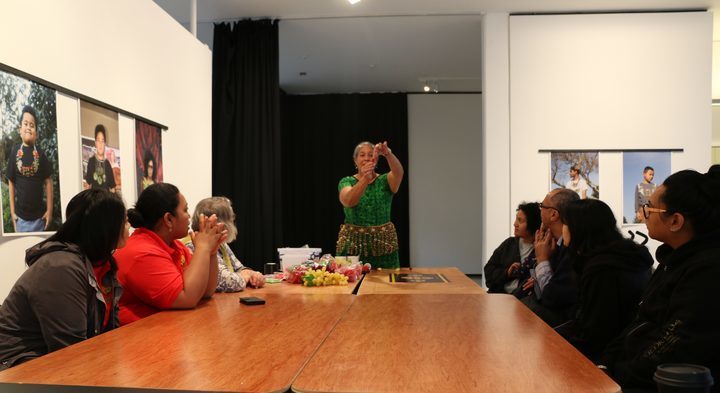 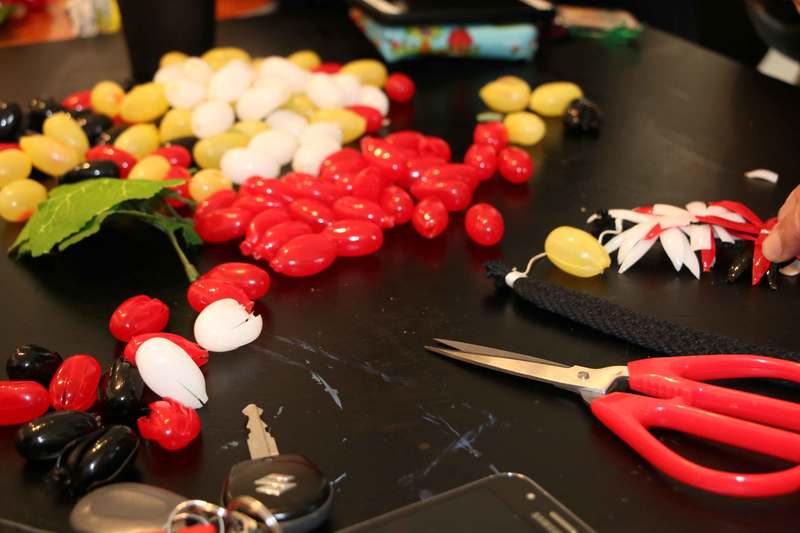 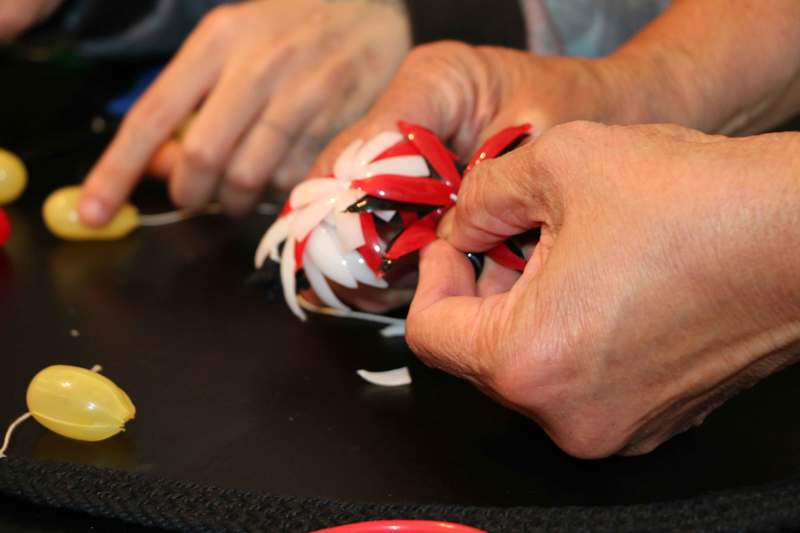 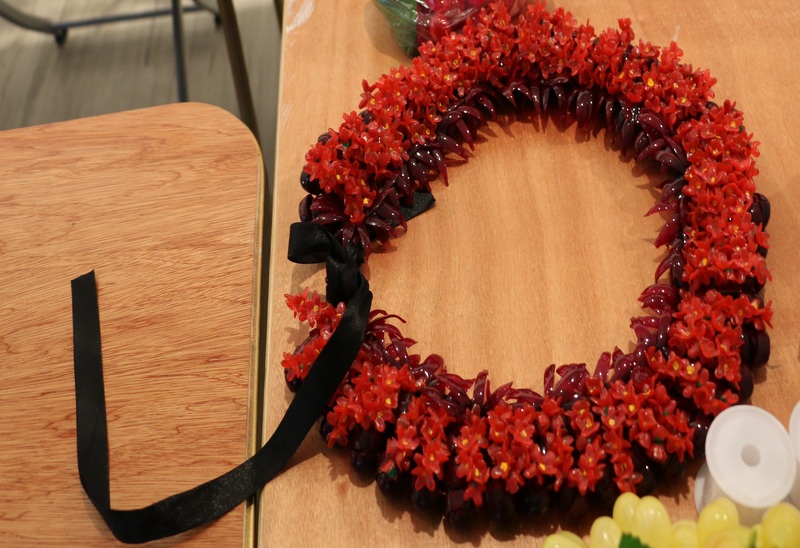 Back in New Zealand it was a packed house of all ages and ethnicities in Otara last week as dozens showed for Ms Fiemea-Burrows's free clinic, trying their hand at a simple kahoa heilala - or neck adornment - from cheap supplies.

"We use in Tonga for special occasion and now we can't really get the real flowers from here. But what we do, we use our own flowers from clay and plastic. I show the people how to make the kahoa - that's from the grapes and the heilala flowers."

Margaret Lewis is a textile artist who went along.

"I'm really interested in the arts and crafts of people form Pasifika nations particularly body adornment. So I came to this other workshop two weeks ago about using organic materials, and now I am here to learn about contemporary materials."

Sione Monu, another young artist of Tongan descent, was exhibiting his experimental visual art at the same gallery.

The walls were lined with adornments made from dead flowers, which surrounded 16 large-scale photographs.

One of the photographs was of his friend, Marja. 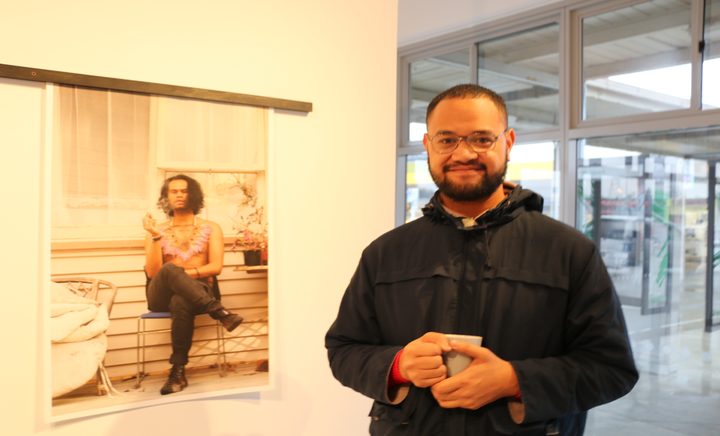 "I made this Koho for him that day after I got back from the museum and Kolokesa one of the museum curators had showed me the Tongan adornment collection and so there was a fan there it was broken and handle gone which was really beautiful and intricate."

"And so as soon as I got home I made this out of the dead flowers in my friend's room. I have sold three of them so far, so I am pretty happy."

The work was inspired by the kohoa kakala and old family photos from Tonga, he said.

"And growing up in the diaspora I had no way of learning how to make these and so these are very experimental and just exploring it and I had the chance through this exhibition to travel to Tonga and learn more about how they make it. "

"The conversations and things we have explored with this show. We had Kolokesa and her father come for the artist talk and we talked about Tongan arts and culture and really important things for our community to know like Tongan fine art is not seen as art in the New Zealand art world."

"I think we are really exploring that and bringing it to the forefront in the art world and I'm really happy with how this exhibition turned out."

He said he was a late starter, motivated to learn as much as he could about the traditional - and contemporary.

"I think it's really important. Just recently I have tried to immerse myself in Tongan culture and everything. I grew up in Australia away from anything Tongan and I think it's important to learn your roots." 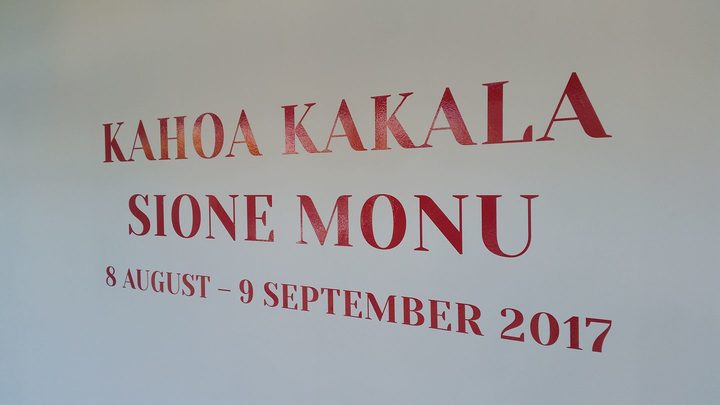 Tongans are the third largest Pacific community in Aotearoa (New Zealand). Tonga is the only country in the Pacific islands to never have been colonised by a foreign power and the Kingdom consists of 176 islands of which only 40 are inhabited.

Tongan Language Week runs from 3 to 9 September and this year's theme is 'Fakakoloa Aotearoa 'Aki 'Ae Nofo 'A Kainga' or Enriching Aotearoa with our Family Values.