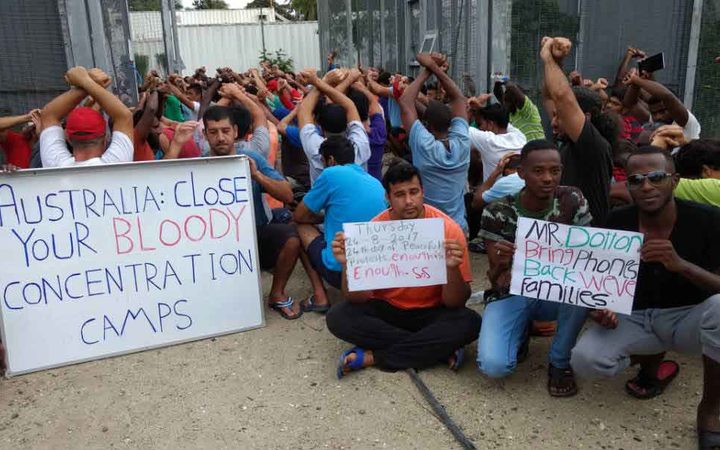 Since 2013, Australia has detained about 2000 refugees and asylum seekers on Nauru and Papua New Guinea's Manus Island.

The Green party motion cleared the 25 seat assembly yesterday with the Liberal opposition not calling for a vote.

Canberra Liberal leader Alistair Coe told SBS his team sympathised with the plight of those in detention.

In contrast, the Australian Liberal government wants to ban detainees from returning to Australia.

The Canberra Green MP Shane Rattenbury said refugees, including children as young as six, had been subjected to sexual violence, violent attacks and inadequate healthcare in Australia's detention centres, which have cost taxpayers $AU5 billion to run.

Canberra was the first Australian district to declare itself a refugee welcome zone in 2015.

"Refugees and people seeking asylum who Australia has trapped on Nauru and Manus Island are not safe and further tragedy is inevitable unless Australia acts responsibly," Ms Hah said.

"The Federal Government must stop harming people and instead must evacuate the camps immediately and bring all the two thousand men, women and kids to Australia."

The Canberra motion also called for the federal government to close its detention centres, a reality drawing closer on Manus Island where the prison is due to shut by November.

Eight-hundred-odd men interned at the camp continued peaceful protest action into its 24th day yesterday, with the centre being closed around them.

The men are calling for the restoration of phone, power and water services cut by PNG and Australian immigration authorities to coerce them into leaving.

The PNG supreme court has ordered the centre's closure, but its detainees and the UN say PNG is incapable of refugee resettlement.

With Australia's agreement with the United States to resettle up to 1200 offshore detainees yet to eventuate, the federal Labor opposition leader Bill Shorten told the ABC this week the government needed to "turbo-charge" its efforts to find regional resettlement alternatives.

Mr Shorten said his party did not want people smugglers resuming shipments of asylum seekers to Australia, "but that cannot be an excuse for maintaining indefinite detention".