An attempt to kidnap a new MP in Papua New Guinea has been described as a new, desperate low for national politics.

This comes as the national election draws to a close, and these two opposing parties vie to form a coalition government when parliament begins next week. 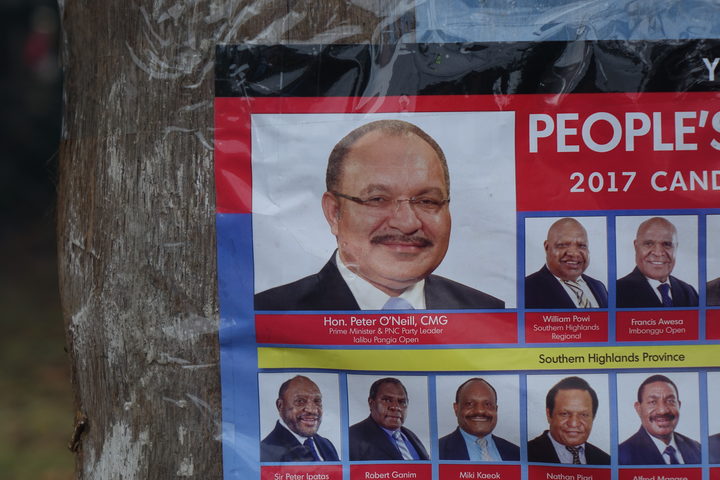 The PNC is leading the party vote tally and, while still short of a majority, is hoping to form a government headed by its leader Peter O'Neill again.

But an alliance opposed to the PNC, including Pangu Pati and the National Alliance, has emerged with stronger election results than many expected.

With its considerable resource base, the PNC has been accused of using financial inducements to lure new MPs-elect, particularly independent MPs, into their camp.

Even MPs in the National Alliance appear to be targetted.

The Ijivitari MP, Richard Masere, had arrived at Port Moresby's airport to be picked up by his party's president Walter Schnaubelt.

Mr Schnaubelt said Mr Arore and others, including police officers, appeared on the scene to pull Mr Masere away.

He said a tussle ensued before the National Alliance team were able to guide the new MP to their own car.

"I did make it very clear to David Arore and his group, and the police that were there with them, that this is very unprofessional behaviour in regards to trying to kidnap a candidate belonging to another party. Are you guys showing signs of desperation? You know, how low are you willing to go?"

Mr Schnaubelt, who is the MP-elect for Namatanai, said the kidnap attempt by Mr Arore was instructed by PNC's leadership.

"They had two police cars on their side who were called in to the airport area and were assisting them (Arore's group) to try and manhandle Richard into their vehicle," he explained.

"When is this going to stop? When are we going to start respecting the rule of law in this beautiful country called Papua New Guinea?"