After the lengthy vote count, the former prime minister Sir Mekere Morauta had been declared winner of the seat in PNG's capital. 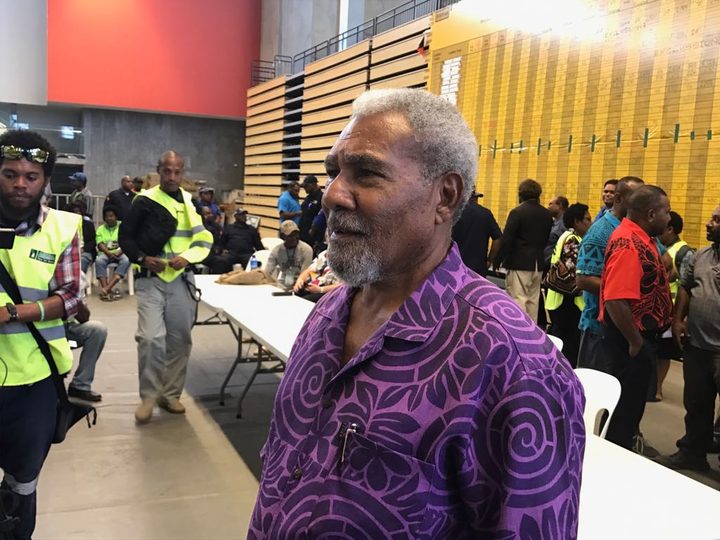 Sir Mekere Morauta was declared MP-elect for Moresby Northwest in the tally room in the presence of election officials, police and media. Photo: Emmanuel Narokobi

Sir Mekere, an independent candidate and political opponent of the incumbent People's National Congress government, was declared in the formal tally room in the presence of election officials, police and media.

Three hours later, some local media personnel were directed to a room at Port Moresby's Airways Hotel, where Mr Havara was located.

In the room, he declared the candidate who had run third in the Moresby Northwest vote count, Joseph Tonde, as the electorate's MP-elect.

In video footage displayed by local media, the signing in the hotel room appeared to be stage-managed by Mr Tonde.

The election manager for the National Capital District, Alwyn Jimmy, has subsequently confirmed that the returning officer's declaration of Mr Tonde was not legal.

Sir Mekere denounced the "sham" declaration as, "an act of fraud and abuse and a betrayal of the trust that Papua New Guineans have placed in the election."

"It is incredible that an act such as this would take place. What message is sent to Papua New Guineans? What image is presented to the rest of the world?

"At my declaration, I spoke of the clear signs that our systems of government have broken down. This is a classic example.

"I did not expect to have the points I made in my declaration speech underscored quite so dramatically by a rogue electoral officer and a conspiring candidate," said Sir Mekere.

"I have objected in the strongest terms to the electoral commisioner and have called for a criminal investigation into this fraudulent behaviour. The perpetrators must be brought to account and prosecuted."