Allegations of vote rigging have surfaced in another Highlands province of Papua New Guinea. 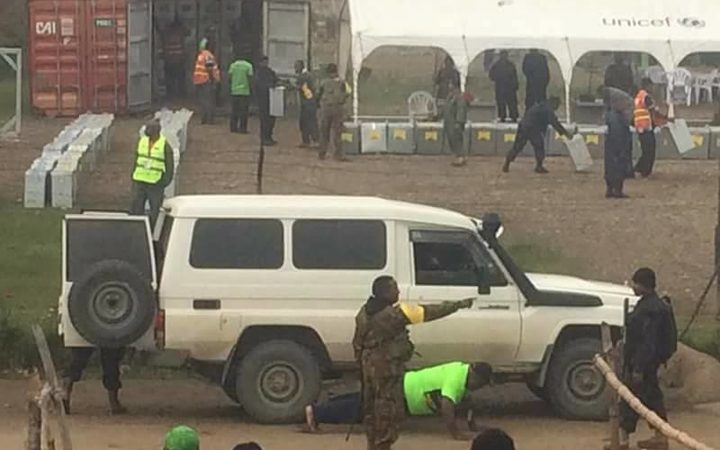 A group of 28 candidates in Jiwaka's North Waghi electorate have filed a petition with the Provincial Election Steering Committee disputing the fairness of polling at a polling place.

The candidates said they objected to the counting of six particular ballot boxes due to the manner in which polling was conducted at Kerowil Singirok Barracks on voting day last week.

They alleged unfairness around the polling, with a heavy presence of security forces creating an intimidating environment for many voters.

Candidates' scrutineers were also prevented from monitoring the process.

Video footage has surfaced from this electorate which appears to show rampant mishandling of ballot papers at a polling place by polling officials and other men.

The local MP, incumbent Defence Minister Fabian Pok was not among those behind the petition.

Meanwhile in preliminary results, the incumbent MP in Moresby-South, Justin Tkatchenko, has won his seat again on first preference votes.