The Commonwealth team observing Papua New Guinea's national election says there's a need for a thorough review of the electoral process and urgent improvements to the electoral roll. 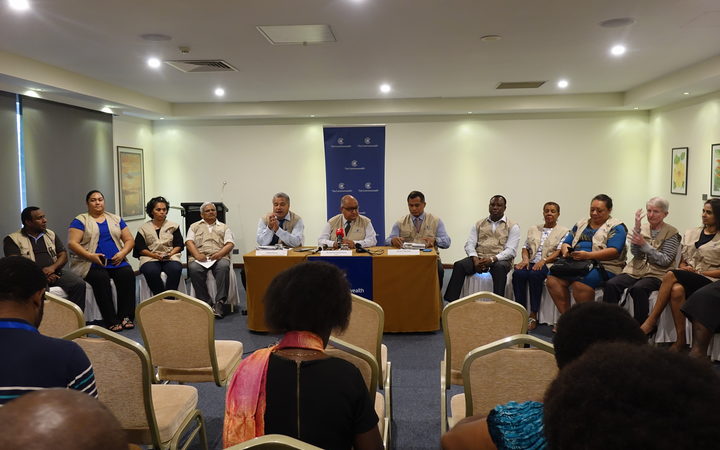 As vote counting is getting underway around the country and only a few electorates are yet to complete polling, the team has issued an interim statement, recommending among other things an urgent review of the electoral roll.

voters whose names were not on the common roll.

The observers expressed disappointment that previous Commonwealth Observer Group reports, which highlighted the need to address this issue, had yet to be implemented.

The Commonwealth team's chairman said in a statement that it was critical that adequate expertise and funding required by PNG's Electoral Commission for creating a credible roll be provided in a timely manner before the next election.

Most of the polling stations opened late Commonwealth Observer Group

Vote-buying, particularly during the campaign period of which the observers saw the last phase, was also a matter of concern.

The Commonwealth team noted a number of reported incidents of alleged vote buying,

including "through using state resources and provincial and district development

funds made available to incumbents".

"These funds were alleged to have been used to buy voters' support or for projects to induce voters," said Sir Anand.

He said that the observers were advised that money politics had significantly influenced the electoral process and may have led to an uneven playing field for the parties and candidates in the 2017 elections. 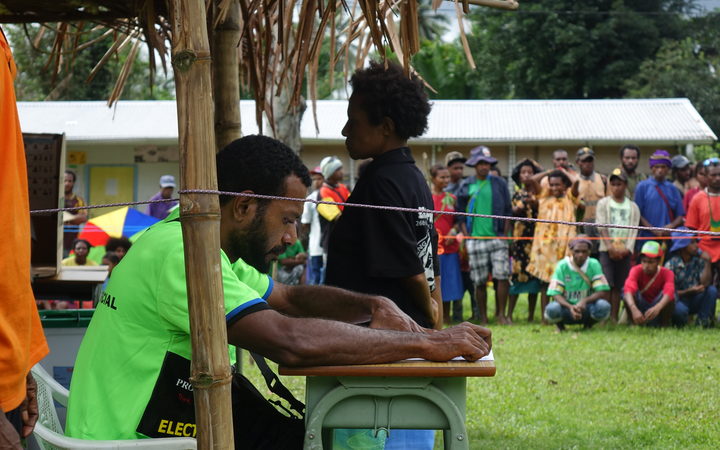 The observers recommended that this be incorporated into the Organic Law on Political Parties and Candidates.

The list of areas of concern continued, and included the observation that while polling officials were seen to mostly carry out their responsibilities in a non-partisan

manner, they were only "moderately familiar with their responsibilities".

"The Group is of the view that an adequate training programme is required, and in advance of the next election, so that polling officials will become more efficient in undertaking their duties, and that outlined procedures are adhered to during the election period.

Sir Anand mentioned that allowances for polling officers should be arranged in advance, in a recognition of one of the causes of repeated delays so far in this election.

The observer team noted that most of the polling stations opened late, and that some of them were given fewer ballot papers than the expected number of voters.

Generally, it said, the distribution of ballot materials was not completed on time.

Furthermore, "adherence to the secrecy of the ballot was clearly not consistent throughout the different provinces we observed".

Some reports of election-related violence were a concern to the observers, although the statement remarked at how generally voters turned out for polling in a peacful manner.

Regarding the role of security forces, the statement said generally their presence at polling stations appeared to be adequate.

"However, in some areas, some were perceived as intrusive, while in other areas they seemed to lack inclination to intervene." 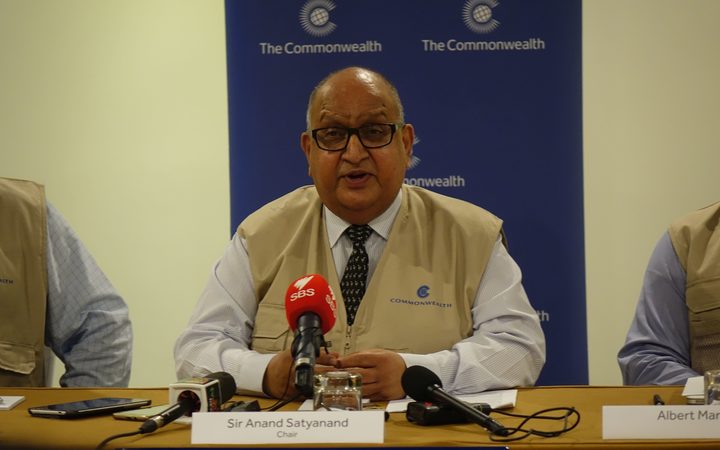 Despite its serious concerns with the common roll in all the four regions of the country, the Commonwealth group noted some positive aspects of the election process.

The results, Sir Anand said, "should reflect the wishes of the people who participated in the 2017 national elections."

He indicated that the count was still ongoing and his team's observations would be reflected in the final report to be formulated before the observers departed PNG on 14 July.