Vote counting has finally got underway in the regional seat of Papua New Guinea's National Capital District but is still struggling with disruptions. 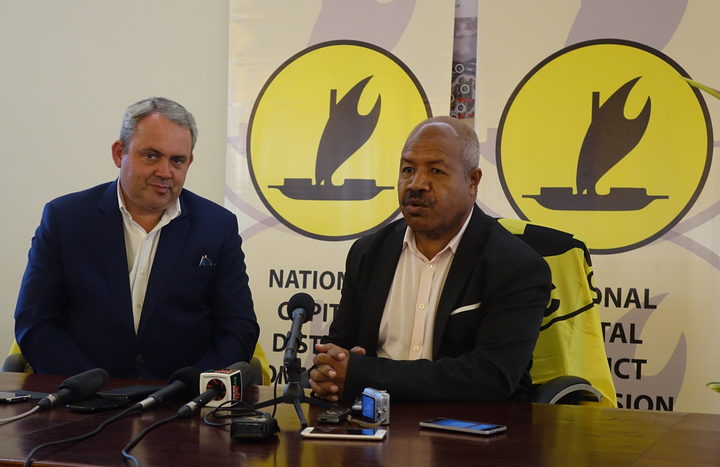 Counting for the NCD regional seat kicked off last night, six days after polling had been completed in the capital - the incumbent governor Powes Parkop leads early in the vote count.

However, late this afternoon scrutineers for the NCD Regional Seat were refusing to return to the counting venue to continue counting, saying election officials had not followed correct procedures to count the boxes.

Earlier Mr Parkop and other candidates had complained about the delay, with the Electoral Commission initially saying it was due to late training for counting officials.

But coming after a series of disruptions and problems around polling, confidence in the Commission is low and Mr Parkop said the length of the delay was unacceptable.

"It's not just mere incompetence, it's almost bordering now on some conspiracies or some plots," he explained earlier.

For the NCD Governor, it was all too similar to the chaos of the last national election in 2012 when his seat was the last to be declared, well past the scheduled deadline.

"For me it's like de ja vu, a horror movie re-run from 2012. I want to call on the election manager... and the electoral commissioner to get their act together."

According to local media, counting in Moresby South is also finally underway, but is to take five days to complete.

However there continue to be delays in counting for other electorates in the NCD, with the process deferred in both Moresby Northwest and Northeast for at least another day.

The incumbent MP for Moresby Northwest, Michael Malabag, said that normally it only took a day or two after polling for presiding officers to reconcile their tally sheets and reports before counting started.

However Mr Gamato has been flooded with complaints by candidates across PNG due to inaccuracies in the common roll and shortages of ballot papers.

The two week-polling period, which is scheduled to end tomorrow, has featured a number of delays which look set to continue with counting around the country.

In another delay, election officials said counting for Lae Open and other Morobe province electorates would start on Monday.

Counting has begun in Hela province and some parts of Chimbu province.