One of the four Vietnamese blue boats held in custody in New Caledonia has sunk.

The boat was seized earlier this month after being caught fishing illegally for beche de mer in the territory's north.

The intercepted boat was escorted to Noumea where it sank in port following a leak.

The authorities managed to contain a minor fuel spillage. 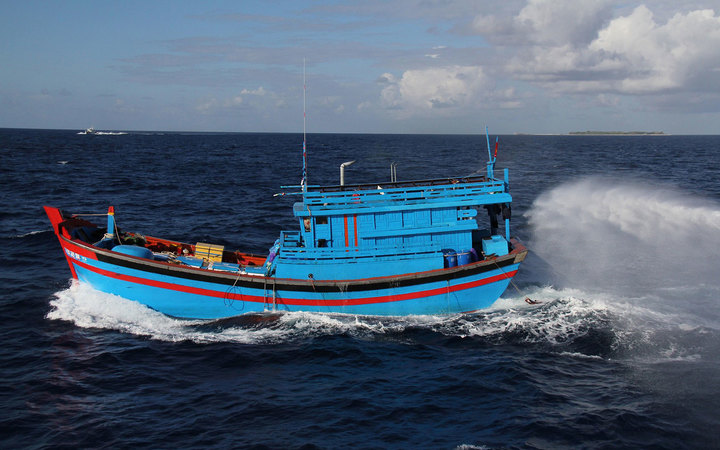