Three Vietnamese blue boats have been caught fishing illegally off a reef system in the Solomon Islands' Rennell and Bellona province.

The arrests were made on Sunday by police and fisheries officers.

A police statement said the boats were caught fishing illegally off the reef Indespensable Reef about 50 kilometres south of Rennell Island.

A total of 43 crew members were detained. 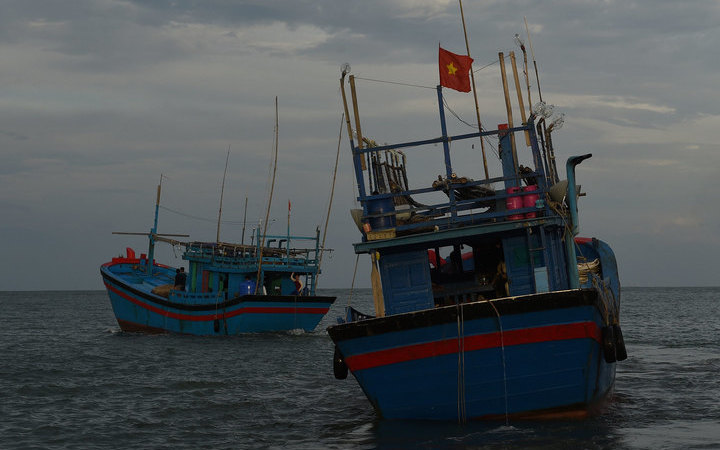 Blue boats like these were caught in Solomon waters Photo: AFP

The arrests came after police received reports of blue boat activity from communities in Makira Province.

Both the police patrol boats RSIPV Auki and RSIPV Lata, assisted by intelligence from the Forum Fisheries Agency, were involved in capturing the three boats while a fourth is said to have got away due to adverse weather conditions.

The RSIPF is escorting the crews and three boats back to Honiara where further investigations will be carried out by fisheries officers and police.

According to the Solomon Star newspaper blue boats had also been spotted off Anuta in Temotu province.