Studies are to be undertaken in several Pacific island countries to measure the economic cost of domestic violence as part of a Commonwealth-wide project.

The survey is part of the Commonwealth's 'Peace in the Home: Ending Domestic Violence Together' initiative being launched today. 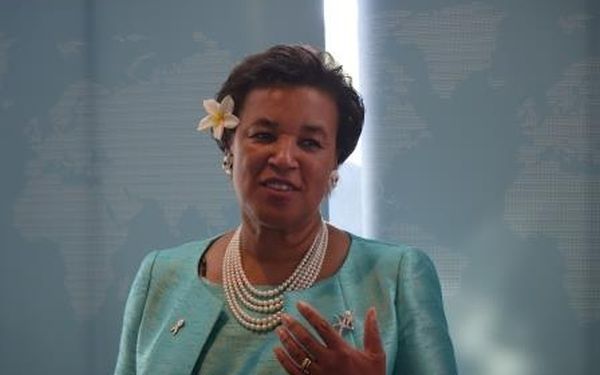 The Commonwealth Secretary-General Patricia Scotland said an economic study in the UK in the early 2000s helped reduce the domestic violence rate there by 64 percent and saved nearly $US9 billion a year.

"If that can be done in one country, because unfortunately domestic violence is no respecter of people, or regions, or religions or even gender, then it's possible that we could do that in all of our countries, " Lady Scotland told RNZ International.

She said the Commonwealth was looking at collaboration with universities, the World Health Organisation and the World Bank "so that we have the data sets which will enable us to really make the right choices to attack this terrible pernicious problem."

The Pacific island region has some of the world's highest rates of violence against women and girls.

For example studies show in Fiji, three in five, or 64 percent of women, who have ever been in a relationship have experienced physical or sexual violence from a partner.

In Kiribati the number is 68%.

Lady Scotland said other measures would include extending work already started on strengthening laws and looking at a judicial 'bench book' for the Pacific and other regions.

"We're looking at making a practical assessment of whether any of us have cultural practices that we can change.

"We're working with traditional leaders and speaking to them and we're challenging discrimination and addressing some of those dangerous stereotypes which lead to inequality."

Lady Scotland said ending the violence was achievable but it would take a more united approach.

"We've all worked extremely hard in the past to do it in our silos on our own and it hasn't worked as well as it could do.

"We found in the United Kingdom when we had this multi-dimensional , multi-agency approach it works.

"It saves us money and it saves us lives so I think we have a real chance at doing this."