Australia and Indonesia have restored full military ties and agreed to move on from a recent incident related to West Papua. 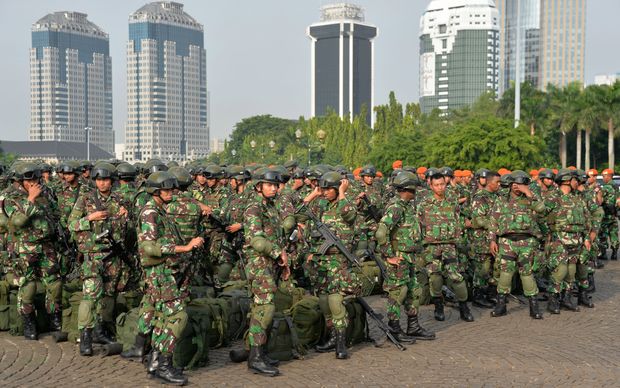 Indonesia's president Joko Widodo has just completed his first state visit to Australia where he had talks with Australian prime minister Malcolm Turnbull.

It marks the resumption of a close working relationship between the neighbouring countries' armed forces.

Indonesia partially suspended military links with Australia at the start of the year.

This followed discovery of what was deemed "insulting" material at a Special Forces base in Perth where Indonesian troops were training.

The material reportedly referred to a poster touching on the sensitive subject of West Papuan independence ambitions, in relation to Pancasila, Indonesia's state ideology.

During weekend talks between the two leaders in Sydney, Mr Turnbull reiterated his government's support for Indonesian sovereignty over West Papua.

Defence cooperation, training and other exchanges between the national forces have now been fully restored, according to the leaders.

Furthermore, the two countries have agreed to expand maritime cooperation over border protection and illegal fishing. 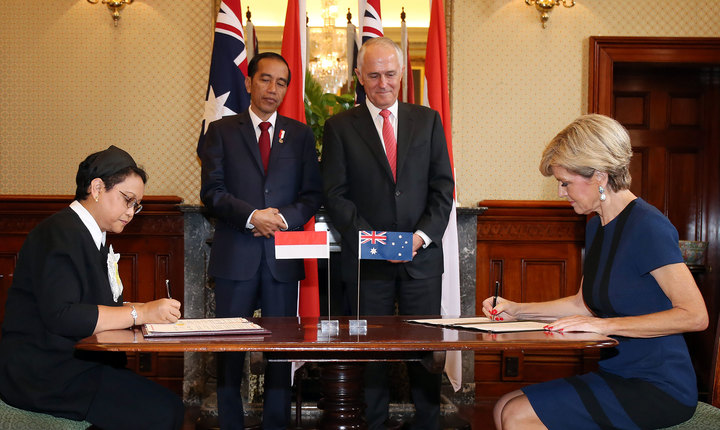 Akabou Amatus Douw said that if anything it would be useful for Indonesian army trainees to learn about international law on human rights.

"Australia will not be able to change Indonesian military attitudes towards West Papuan without this kind of material," he said.

Akouboo urged Canberra to send a fact finding team to West Papua to investigate claims of long-running abuses at the hands of the Indonesian military.

Australia has shown little inclination to press Jakarta on rights issues in Papua, and prioritises its trade and military links with Indonesia.

When the Perth discovery emerged, the outraged commander of Indonesia's National Armed Forces, General Gatot Nurmantyo, declared a rupture in the relationship with Australia's military.

Mr Widodo, known as "Jokowi", was reportedly caught off guard by the announcement of a suspension of military ties.

The president has preferred a more measured approach to addressing the incident, culminating in the talks with Mr Turnbull at the weekend.