Indonesia is set to restore military ties with Australia after suspending them earlier this week amid claims inappropriate laminated material was used at an Australian training centre in Perth. 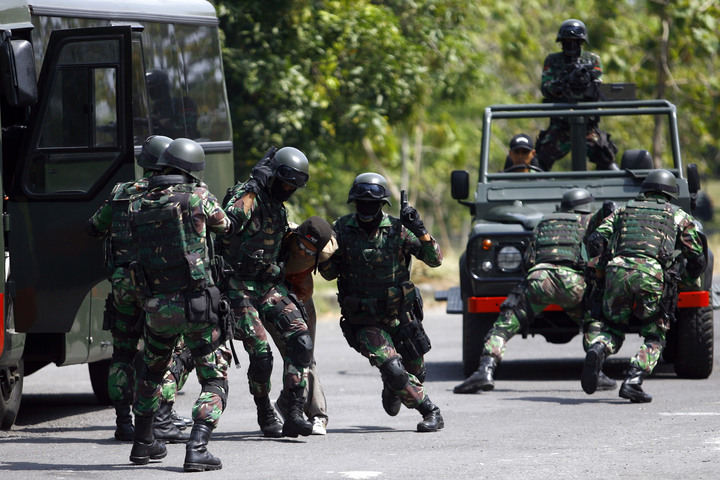 The exact cause of the rift has not been revealed.

Indonesia's defense minister Ryamizard Ryacudu said a misspelling of Pancasila, the name for Indonesia's state ideology, was at the centre of the dispute.

The ABC reported an Indonesian instructor took offence to a poster about West Papua.

The Indonesian military said it has now received a letter of apology from the Australian Defence Force.

The Australian government has sacked the officer responsible from his position as principal of the military academy and launched an investigation into the incident.

Pancasila was put in place by Indonesia's founding president, Sukarno.

As set out in the country's 1945 constitution, it is based on five principles: belief in one God; just and civilised humanity; Indonesian unity; democracy under the wise guidance of representative consultations; and social justice for all the peoples of Indonesia.