Trauma is still rife and life remains hard for many of the survivors of Cyclone Winston which hit Fiji a year ago.

The director of the Fiji charity, Foundation for Rural Integrated Enterprises & Development (FRIEND) Sashi Kiran said floods and non stop rain since the end of last year have meant continued strife for people at Winston's "Ground Zero" in Ra province on the main island Viti Levu. 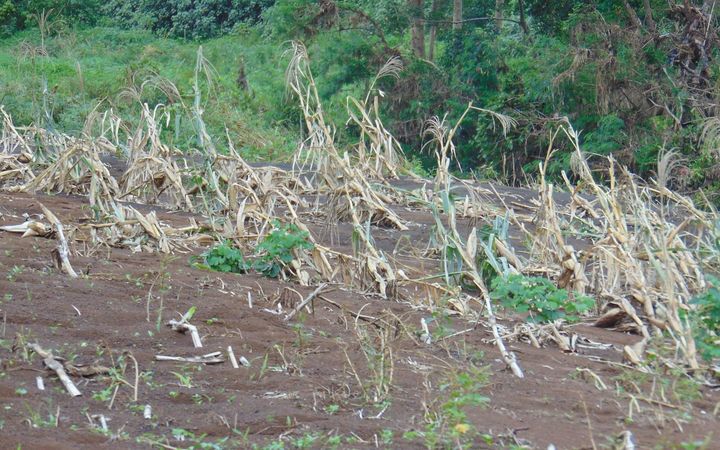 She said a huge proportion of people in Nakorotubu and Saivou districts were still living in tents and many had only received grants for rebuilding in the last few weeks.

"It has been very exhausting the whole year for them, so they're getting sort of adapted to living like this," she said from her Lautoka headquarters.

"There's a lot more sickness. You see much more fungal growth with the wetness all the time, much more skin diseases we are seeing.

"We have been told that the violence has increased because there is also the sense of 'how do we even support out families?'" 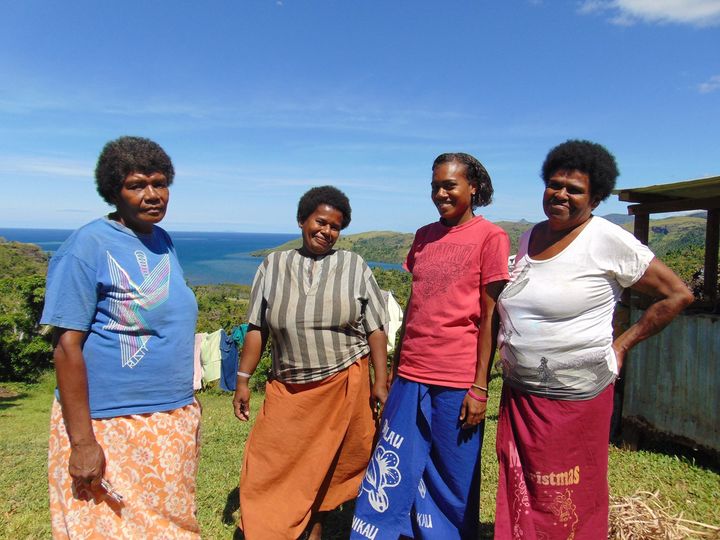 "Whatever little money they've saved they've been running to hardware supplies in Suva, running around trying to get their homes together. So it's been difficult."

FRIEND has been helping the communities set up organic farms and get out fishing again by providing boats and gear.

They have run preparedness courses like teaching people to dry food to ensure they have enough to see them through the next time disaster strikes. 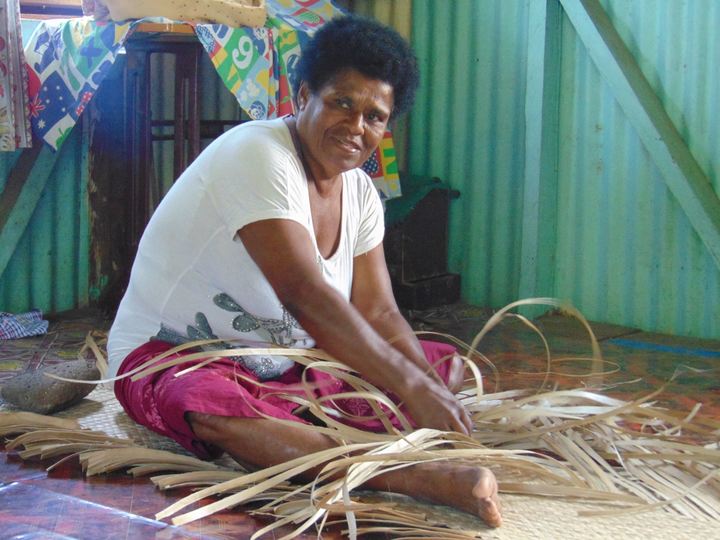 Women in Nakorotubu district, Fiji, use weaving to boost incomes after Cyclone Winston which damaged homes and ruined livelihoods in the area. Photo: Supplied/FRIEND Fiji

Josefa Tuilau is the chief of Tuatua village on Koro Island, which also took a direct hit.

The government has replaced their fishing gear and charities have helped rebuild toilets and water supplies but it's still tough. 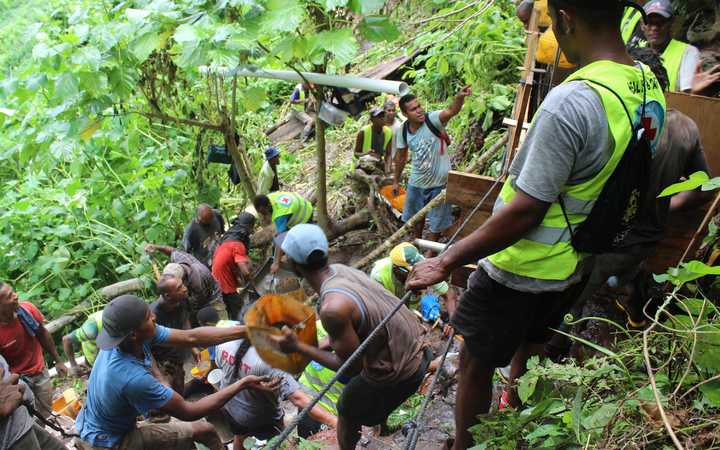 "We are still struggling. Some of us are still living in tents ... oh, we have so many problems," the chief said.

"Before the cyclone our main source of income are root crops, especially dalo and kava (yaqona). So we have no money." 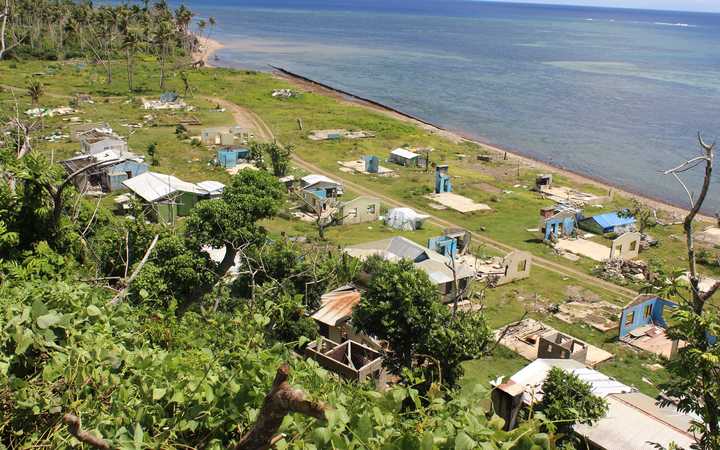 The chief said 14 people died on Koro, half of them in Nasau, the village next door.

He said the anniversary is a sad day for the whole island but they would gather in their villages, and hold a church service in memory of those who died.

He said memorials were being built around the island.

A year on and half the damaged homes on the smaller neighbouring island of Yacata have been rebuilt.

A community leader there, Penioni Toga, said the people learned a lot from the New Zealand Defence Force which reconstructed Yacata's school and health centre after Winston.

"They've been rebuilt to a standard that we feel is more stronger than what we had before, hoping that we can meet another hurricane that may be coming round the corner.

"We are getting to be very cautious with what we construct." 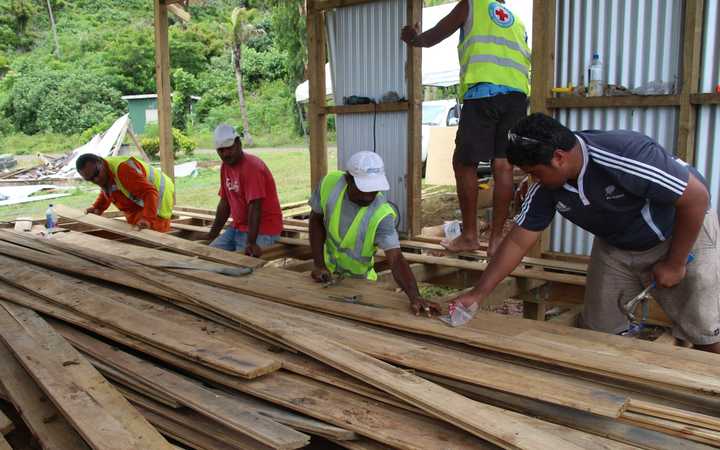 Penioni Toga said the islanders had been resourceful, milling their own timber and getting help from the many Yacatans who live offshore.

He said going through Winston has had its advantages, although more training is needed to prepare people for future disasters.

"I was on the island 12 hours before the hurricane struck. I found out that nothing was done, they were too casual about it.

"After this we have seen that they have changed their mindset." 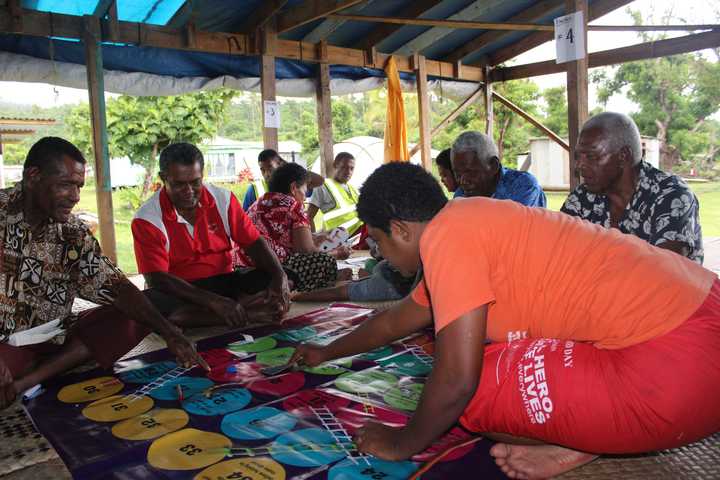 Four-hundred schools throughout Fiji were ruined or damaged in the cyclone and hundreds of children are still learning in tents, but the government has brushed off criticism the rebuild is taking too long.

The Deputy Prime Minister Aiyaz Sayed-Khaiyum told parliament this month 80 percent of the schools are now under construction or near completion and that has been no mean feat..

"It's not simply a matter of putting up a wall and painting it and saying 'look, wow, we've got a school' and the next time some small wind comes along and blows it down again. We don't want that.

"We want the schools to be able to withstand winds of high speed as I've highlighted. We don't want them to be blown down again."

Mr Sayed-Khaiyum said the shortage of material and builders had contributed to delays.

He said so far 28,000 people have received government rebuilding grants of up to $US3,400.

The government expects cyclone reconstruction to drive the economy this year.

It has been pushing the message that Fiji is building back better and said the anniversary commemoration would focus on being resilient and learning from the disaster.

The Fiji Red Cross chief Filipe Nainoca said it had been a very difficult year but people have shown resilience despute their continuing trauma.

"They split up into pairs and visit each home and then in the evening they have a community event where the different members of the households talk about and discuss and work through how they can become more resilient," said Mr Nainoca.

Mr Nainoca said it had been a test for his organisation which has helped 77,000 people in need.

Among programmes it brought in was one to train local carpenters on demonstration houses which are designed and built to withstand severe storms.