The French authorities in Wallis and Futuna have decreed a two-day ban on demonstrations on land and at sea to secure the safe arrival of a supply ship. 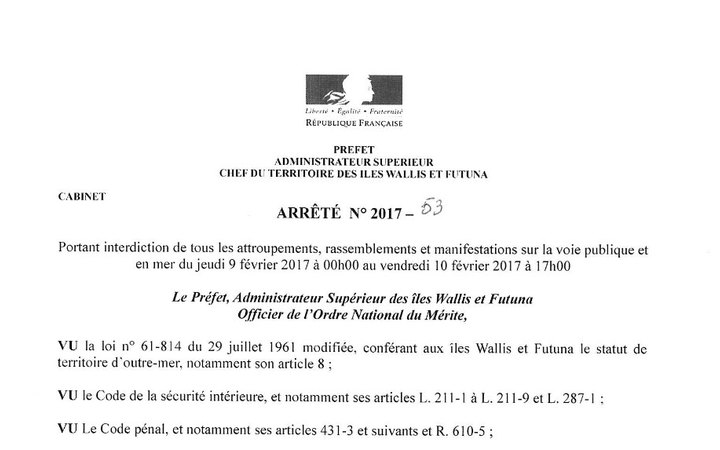 The decree banning demonstrations on Wallis and Futuna . Photo: Wallis-et-Futuna.pref.gouv.fr

One decree bans public meetings on the entire island of Wallis to avert a repeat of last December's violence when protesters assaulted and injured the head of the police force.

A second decree restricts navigation in the zone used by the container ship Southern Pearl in order to ensure vital supplies for the island's residents can be offloaded.

The statement says the decision was taken because of the ongoing tension between the island's rival clans.

The bans are in force until tomorrow night.

It also cites the problems in December when the Southern Pearl was prevented from docking because of a dispute between a village and the stevedoring company.

According to the public broadcaster, the blockade prompted the French military to fly much needed supplies to Futuna.