A New Zealand scientist says satellite images show that an underwater volcano has erupted near the main island of Tonga. 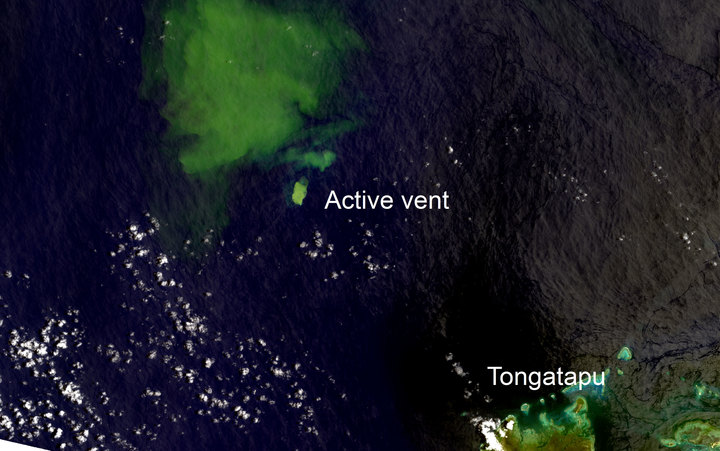 The underwater volcano has erupted near the main island of Tonga. Photo: USGS/NASA Landsat 8 satellite

Auckland University's Murray Ford, who is monitoring a volcanic island in the area, discovered the eruption when he noticed a large plume of dirty water between Tongatapu and Hunga volcano.

"We got a spectacular satellite image from the Landsat 8 satellite, which was largely cloud free, which is quite rare in the tropics, so in terms of that, it was quite spectacular."

GNS Science vulcanologist Brad Scott said the images confirmed that a submarine volcanic eruption had been ongoing since 23 January.

Mr Scott said the activity was not particularly unusual for the area and he considered it a "small-scale eruption". 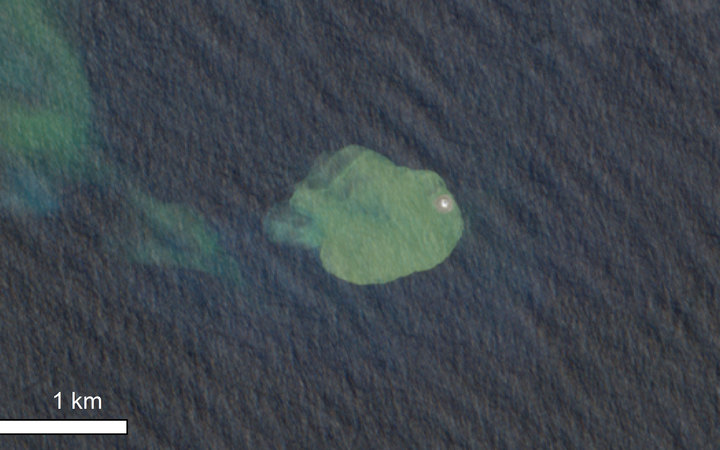 However, the eruption could present a minor hazard for shipping in the area if it produced what he called "pumice rafts", which float on the surface of the water.