A joint New Zealand and German mission has been investigating underwater volcanoes stretching in an arc from the Bay of Plenty to Tonga. 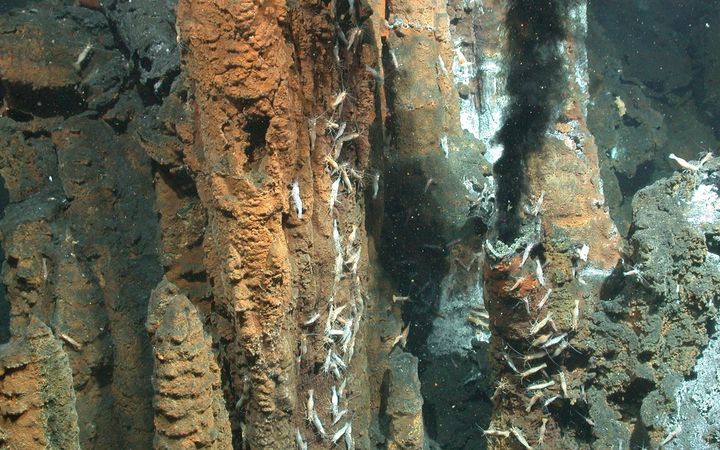 Under the Kermadecs: These chimneys, which can be many metres high, are formed when molten material is spewed out into nearly freezing water. Photo: Supplied

There are 80 volcanoes in this arc, of which four protrude above the water, forming the Kermadec Islands.

Thirty of them are large and scientists from GNS, who joined a team on the German vessel RV Sonne, investigated five of them: Rumble III, Brothers, Kibblewhite, Haungaroa and Macauley Cone.

They found 20m-high so-called chimneys had formed from hot material from the earth's core, spewed out at over 300°C into water just above freezing.

The columns were rich in minerals including iron, zinc and gold and, in places, were found to be pumping smoke into the water.

While the hot temperatures often killed life, in other places there was a profusion of it, including forests of barnacles and mussels growing at a greater depth than had been seen before.

Marine geochemist Cornel de Ronde, of GNS Science, said it was one of the most active stretches of seafloor volcanism in the world, and many of the volcanoes had multiple hydrothermal vents where hot mineral-rich fluids billowed continuously into the ocean. 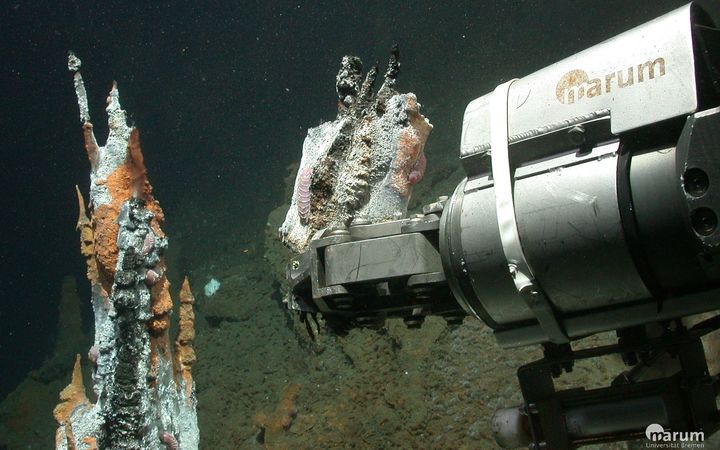 The columns and the water around them are rich in minerals including iron, zinc and gold, and capable of both killing off and supporting life. Photo: Supplied

"This expedition has added greatly to our knowledge concerning seafloor hydrothermal systems of the Kermadec Arc," Dr de Ronde said.

Dr de Ronde said, while some of the chimneys were 20m high, their growth had an end point.

"Tall chimneys eventually become unstable and topple and are replaced by new ones that grow steadily in a natural cycle.

"The chemistry of the vent fluids at the different volcanoes was widely divergent, with some fluids having a pH level similar to battery acid."

The expedition's chief scientist Andrea Koschinsky, of Jacobs University in Bremen, said it was really spectacular to see metal-rich fluids at 300°C shooting out forcefully from the seafloor and to study how marine life was able to thrive under those conditions.

"The highlight for me was seeing video footage of large chimneys at Brothers volcano at a depth of 1.6km.

"I have not seen such a diverse and fascinating range of seafloor hydrothermal vents in more than 25 years of doing this work. It was truly amazing." 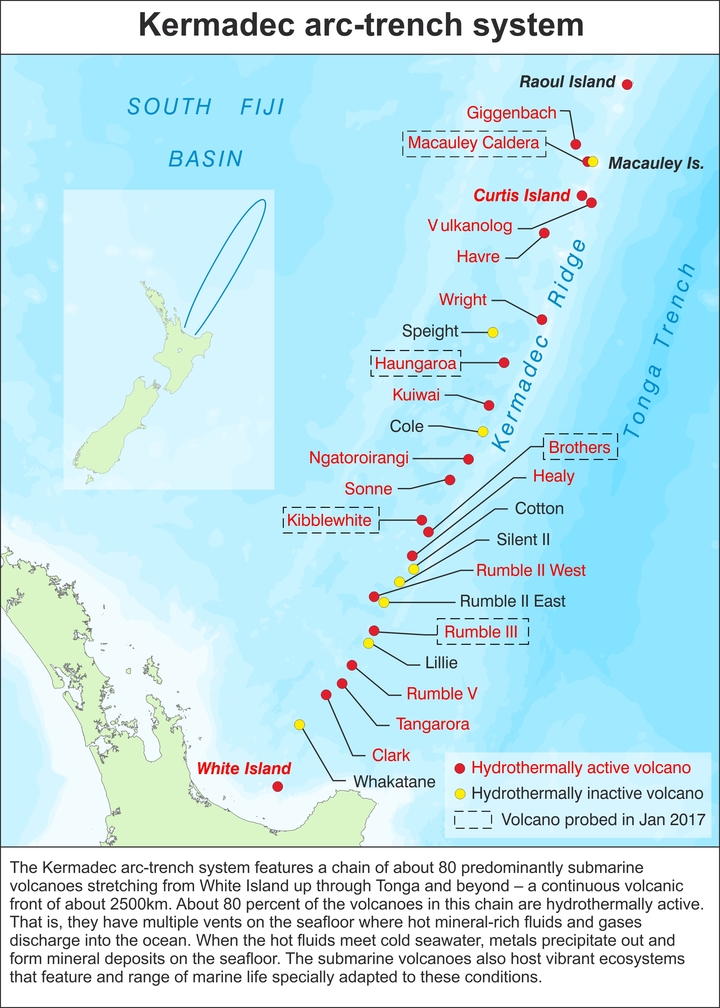