New Zealand and American scientists will use an underwater robot over the next three weeks to investigate two seafloor volcanoes in the Kermadec Arc, 1000 km northeast of the Bay of Plenty. 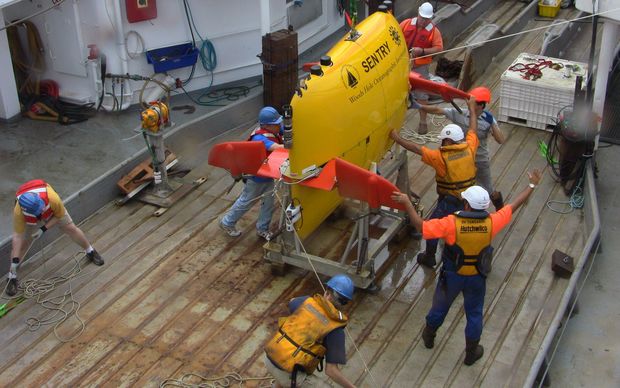 Underwater vehicle Sentry, which will gather data of the volcanoes. Photo: SUPPLIED

The mission, due to leave Auckland today, will look at the seafloor volcanoes, Macauley Caldera and Giggenbach, which have been venting hot water and gases. 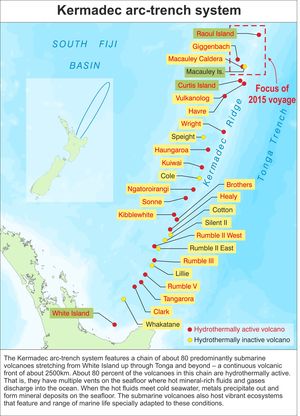 Sentry will be deployed from the Royal New Zealand Navy patrol vessel for its day-long missions to skim over the seafloor, gather data and build detailed 3D maps of the volcanoes.

GNS Marine Geoscience Department head Vaughan Stagpoole said the mission was about getting a better understanding of the volcanic region in which New Zealand lies.

"What happens is that all these surveys always show up something you never expect.

"And time and time again we've gone out to sea, done a survey, and come back with some extra knowledge that was serendipitous.

"Often a serendipitous find about something new, or something we never knew before, which actually feeds into our knowledge of the geology.

The survey would be part on an ongoing research programme.