Transparency has today released its 2016 Index which finds PNG has fallen from last year's ranking as 20th most corrupt country in the world to 36th. 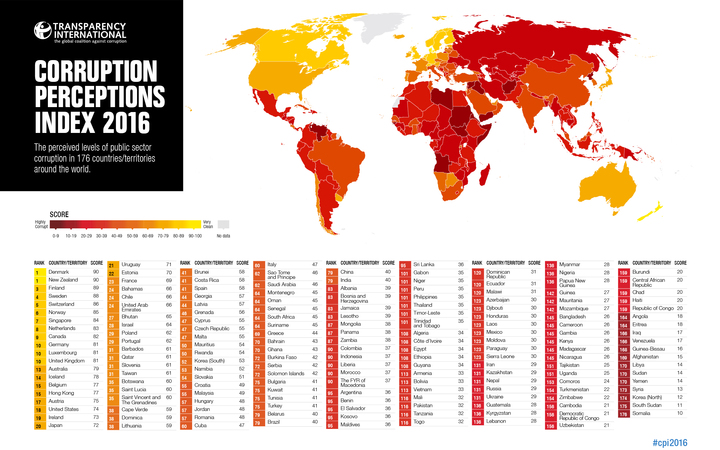 176 countries in total were ranked on the index.

Denmark was ranked the least corrupt, and Somalia the worst for corruption.

The only other Pacific country on the index is Solomon Islands which is ranked the 75th least corrupt country in the world.

The Solomons and PNG were the only Pacific Island countries on the index as data was not forthcoming from the other states.

Transparency has sounded a depressing note about the overall pattern of global corruption.

Over two-thirds of the countries and territories in this year's index fell below the midpoint of the scale from 0, highly corrupt, to 100, very clean.