The prosecutor in New Caledonia says the man who killed the territory's most wanted fugitive Ramon Noraro is a fugitive himself. 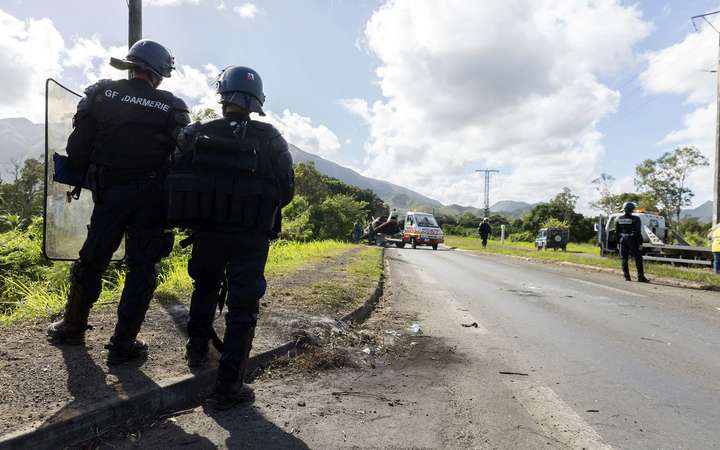 Police guard a road in Mont-Dore near Noumea in 2014 which is frequently closed by armed protesters. Photo: AFP

Noraro was shot dead in St Louis reportedly after arguments within the village over how to react to the death of another fugitive who had been killed by police in October.

Reports said the as yet unnamed 27-year-old man who allegedly killed Noraro surrendered after negotiations with police who had problems entering St Louis because their armoured vehicles were repeatedly shot at.

A 15-year-old boy was taken to hospital earlier in the night suffering from serious facial injuries which reports say may blind him.

The French justice minister Jean-Jacques Urvoas, who has been on an official visit, said not a single person reported Noraro despite a police appeal for sightings of him as he was suspected of wanting to kill a police officer.

The public broadcaster said as a result of the unrest which began in October, 16 people have been detained and five have been jailed, including two minors.