A group of volunteers on a remote Fiji island are heading home today, after six months of building toilets and living in tents. 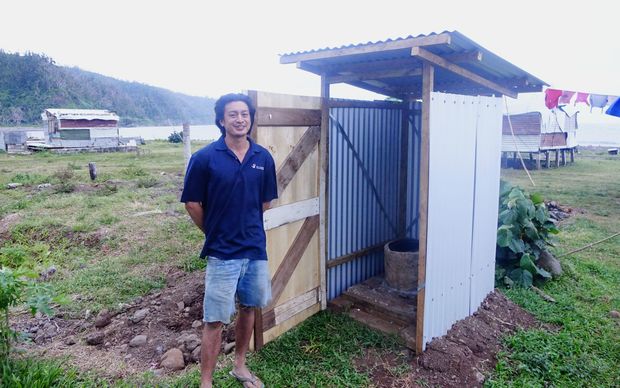 One of the All Hands Volunteers, Ryan Cuevas, has been in Fiji since March, building these temporary toilets. Photo: RNZ / Alex Perrottet

All Hands Volunteers director Reuben Grandon said his group had achieved a ratio of ten people to every toilet, after arriving in March to respond to grave concerns over sanitation and health.

Mr Grandon said the toilets were designed to last another six months, before permanent housing with flush toilets could be built.

He said tents were getting worn out and it was a huge relief for locals to finally receive building materials last week.

"It's been tough, you know you don't see a lot of the affects I think because the Fijian people seem to be so resilient and so happy.

"The tarps are getting worn, some of the wind damage, the tents are getting leaky so they're getting wet. It's good that Red Cross has more tarps to distribute and it's really good to see some more permanent structures coming in."