A school teacher on Fiji's Koro Island says he doesn't expect new school buildings until sometime next year and he will need new tents to replace the current leaky ones. 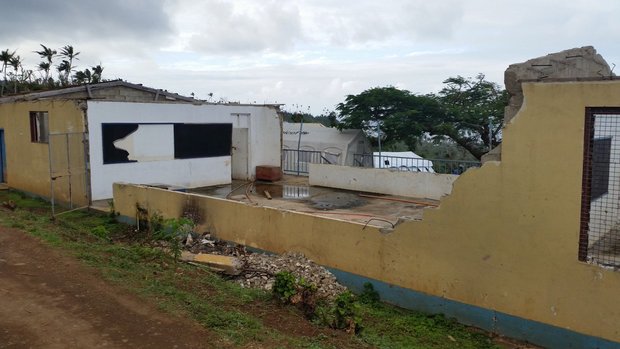 John Rounds, from Koro Island High School said he's thankful one building now has a new roof, but many students still have to learn in hot and leaky tents that UNICEF set up six months ago.

He said it has been difficult to teach in those conditions and many children are still finding it hard.

"We are trying our best but at the moment the students are not coping very well. Plenty of them are still in shock of the hurricane, some of them when there's a wind or heavy rain they are frightened of the hurricane, they want to hide and go somewhere."