The Zika virus is continuing to spread in American Samoa, the territory's health department says. 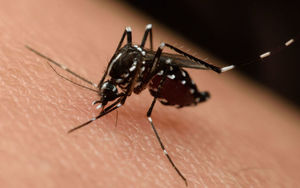 There have been 52 confirmed cases of the Zika virus in American Samoa. Photo: 123.rf

The number of patients seen at the Emergency Room of the LBJ hospital and clinics, as well as at the community health centres, with symptoms of Zika had reached 851 as of 15 September.

Symptoms of Zika, which is carried by mosquitoes include a fever, body ache, red eyes and a body rash.

The number of confirmed cases is now 52, including 21 pregnant women.

The Centers of Disease Control and Prevention has been sending officials to help local authorities with prevention, detection and treatment of the disease.

Pregnant women are a special focus group for Zika surveillance and treatment because of the risk posed to their babies.