A mother of two children in Fiji says she's relieved she now has her own house back after Cyclone Winston claimed her old one.

Maraia Waqa said the category five storm terrified her young children and they are still getting over it.

Her house was one of 54 in Namuiamada village that were completely destroyed. 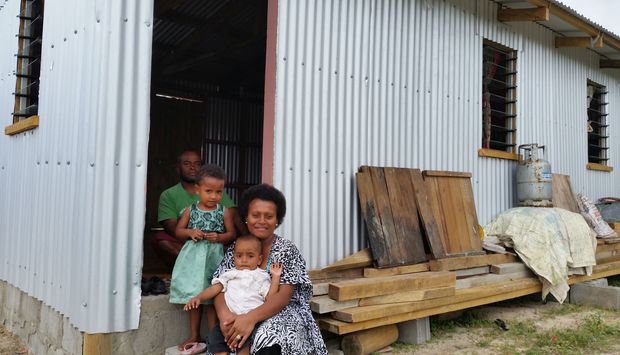 The Fiji Government has given almost the equivalent of $3,500 US dollars to those whose homes were completely destroyed while those that sustained some damage received just under $1,500 US dollars.

Maraia Waqa says the new house is bigger than the old one and she's happy she's no longer a burden on others who sheltered her over the last seven months.

"Our family are happy for the new house we've got, It's bigger than before. All of them are happy," she said.