Analysis - Five prominent opposition figures emerged on the steps of Suva Central Police Station to a cheering crowd of supporters on Sunday night, having been released without charge after more than 24 hours in custody.

While a full picture is yet to emerge about exactly why they were detained, the weekend's events have reignited fears for the health of the country's newly re-established democracy. 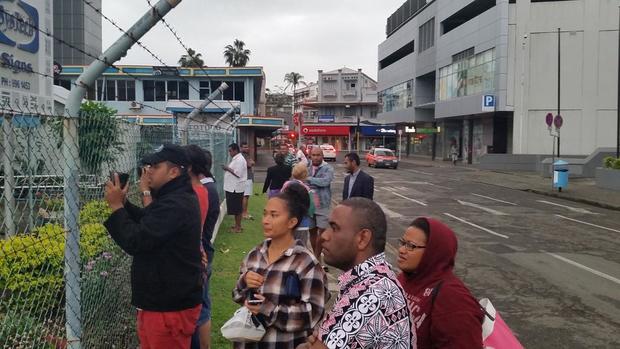 But after spending the night in police cells - during which they were treated well, they said - they were released as free men.

However, their case files have been handed to the Director of Public Prosecutions for review, which means charges are still possible.

Fiji Labour Party leader and former prime minister Mahendra Chaudhry, who returned to Suva and handed himself in to police yesterday, was released from police custody this morning, also without charge.

Fiji police have just told supporters to stop singing and media to stop taking photos. ''We don't entertain that.''

The homes of Professor Prasad and Mr Singh, the National Federation Party headquarters, and the Fiji Labour Party's offices in Suva were also searched by police.

Their detention was understood to be related to what was said at a public meeting organised by Pacific Dialogue last week regarding the 2013 constitution, which was held without a government permit.

On Saturday, police spokesperson Ana Naisoro said the arrests were in relation to "comments uttered" at Monday's discussion.

"This is a police process conducted when information is received about possible issues that could affect the safety and security of all Fijians which is why this step is being taken merely to eliminate all doubts and concerns that could stem from speculation," she said. 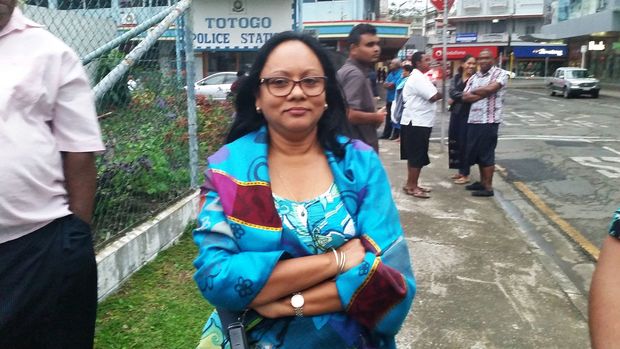 Alex Perrottet, RNZ International's reporter in Suva, said he had spoken to people who were at the meeting who struggled to understand how anything said could have warranted what they considered a heavy-handed response.

"They said it was a simple meeting. It was only advertised through social media and there would only have been about 30 people there," he said.

"These are things that have been said on the record and in public around Fiji many times in the past couple of years," said Mr Perrottet. "There's certainly a shock that this sort of crackdown had happened with this particular meeting."

Attempts to contact police for an interview have so far been unsuccessful.

It remains unclear who laid a complaint with the police and why they first acted on Saturday - five days after the meeting was held. 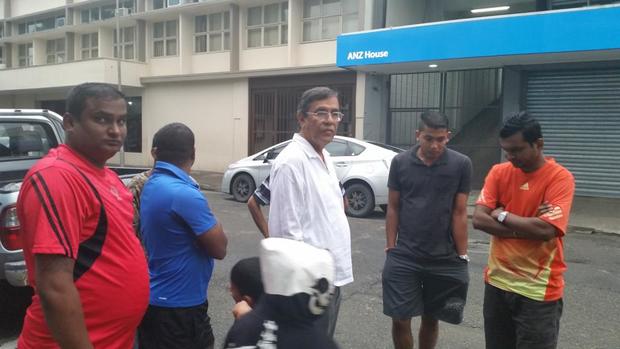 Attar Singh's lawyer, Raman Singh, said his client's questioning related to what was said at the meeting under the provisions of the Public Order Decree, and that Pacific Dialogue's meeting was held without a police permit.

The Public Order Amendment Decree was introduced by the Bainimarama government in 2012 soon after the lifting of emergency regulations it introduced when it abrogated the constitution in 2009.

The decree was announced for the purpose of maintaining public order, but has been criticised as draconian, particularly the provision that requires permits for public meetings.

However, later in 2012, Attorney General Aiyaz Sayed-Khaiyum said no permit would be required for meetings as long as they were not held on a public road, park, playground or sporting arena.

Many of the decrees imposed by the Bainimarama government before the 2013 constitution remained in place.

"These things were never removed after the election," said Mr Perrottet. "They can be used at any time."

Restrictions placed on such meetings were of great concern and many civil society organisations had held discussions without a permit, with no repercussions, since Mr Sayed-Khaiyum's 2012 comments, Fiji Coalition for Human Rights chair Michelle Reddy said.

"Civil Society in general has not applied for permits to convene with other members of the public since the 2012 announcement by the Attorney General," she said.

"The timing of these arrests is a concern and the further restrictions placed on meetings and events only create an atmosphere of intimidation and fear. The freedom of assembly, freedom of association as well as freedom of speech are fundamental cornerstones of democracy and rule of law."

The weekend's events also triggered concern among human rights organisations both in Fiji and internationally about a possible crackdown on political opposition and a decay in the country's newly re-established democracy.

The country held its first elections under a new constitution in 2014, eight years after then-military commander Frank Bainimarama took power in a coup. Mr Bainimarama's Fiji First party won the election by a landslide.

It's been a sham for the last two years, an absolute sham. Tupou Draunidalo, the National Federation Party

The 2013 constitution was drawn up by Mr Bainimarama's government after it scrapped a draft prepared by a constitutional committee after widespread public consultation.

The new constitution had been criticised by opposition politicians and international NGOs, including Amnesty International for apparent shortfalls on human rights and wide-reaching immunities for the former military regime.

Amnesty International spokesperson Margaret Taylor said the detention of opposition figures and unionists was further evidence of the constitution failing those who wished to speak out.

"These latest arrests are a bit of an ongoing attack on freedom of expression, where people who are brave enough are shut down in this way," said Ms Taylor.

"We would encourage Fiji very strongly to ensure that the rights to freedom of expression are protected."

Some of the supporters of those detained had suggested that it was a political stunt to ensure that the government's opponents, if charged, would not be able to stand in elections scheduled for 2018, RNZ's Alex Perrottet said.

One of those maintaining a vigil outside the police station for most of the weekend was the president of the National Federation Party, Tupou Draunidalo, who said the fact people could be arrested for discussing the constitution was disgraceful, and it showed the country's democracy to be a sham.

"It's been a sham for the last two years, an absolute sham," she said.

"They just do as they please and when the law doesn't suit them they change the law with their majority, and Australia and New Zealand is going along with all that. I really don't know why all of these draconian laws have to continue when we have so-called democracy." 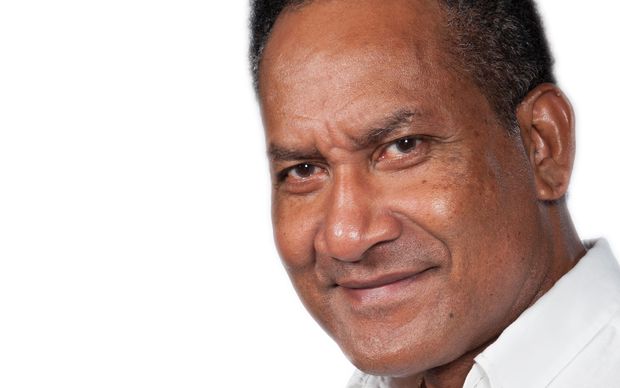 Whatever the reason for the arrests, the head of the MacMillan Brown Centre for Pacific Studies at New Zealand's Canterbury University, Steven Ratuva, said the events would leave Fijians more anxious than ever to speak out, and that optimism for change surrounding the 2014 elections had dropped off.

"There's a lot of anxieties about what people really want to say or what they want to do given the circumstances," Mr Ratuva said.

After their release, the five men gathered with supporters and celebrated into the night, but with the public prosecutor reviewing the case, their ordeal might be far from over.

Fiji's military band members play a rousing Bula Maleya as they arrive at the parliament pic.twitter.com/lWfUQvRFbY

Mr Bainimarama and all of the government which dominates the chamber were there, but the opposition NFP boycotted the sitting.