A murder case against four Fijian men has been abandoned after they were beaten while in police custody.

Fiji's director of prosecutions has abandoned the case againt the four men accused of murder, saying it is clear they were beaten while in custody. 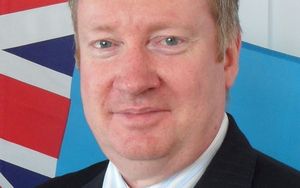 Christopher Pryde effectively ending the case against the men accused of killing Jagish Chand in 2010 by filing a nolle prosequi at the High Court in Lautoka on Monday.

In a statement, Mr Pryde said it was clear that each of the accused received unexplained injuries while they were being interviewed by police.

He said it also appeared that duress was placed on the interviewing officers by their superiors to deny allegations of assault.

Mr Pryde said there was no admissible evidence other than the confession statements, and it would be inappropriate to continue with the prosecution.

He says the file has been sent back to the police commissioner Brigadier General Sitiveni Qiliho to investigate the allegations.

The Commissioner has told FBC News a thorough investigation will be carried out.