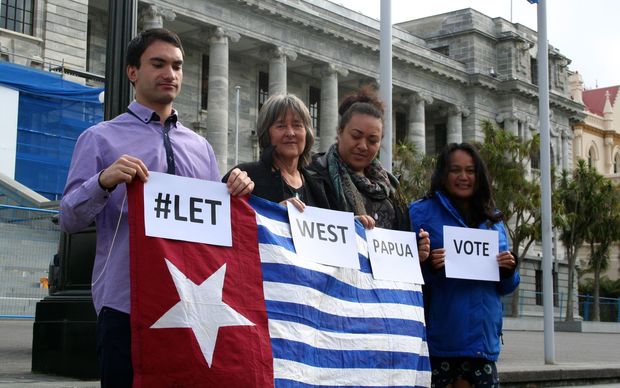 The New Zealand government has blocked a motion moved without notice by an opposition Green Party MP Catherine Delahunty on West Papua.

The motion was to have asked New Zealand's parliament to support the call by the International Parliamentarians for West Papua for a referendum on self-determination in Indonesia's Papua region.

The IPWP is meeting in London where MPs and leaders from across the world are discussing strategies to push for a West Papua referendum by the end of the decade.

Ms Delahunty said the New Zealand government had a history of ignoring the call of West Papuan's for self-determination.

New Zealand has always recognised Indonesia's territorial integrity with regard to the Papuan region.

Ms Delahunty said with the mass arrests of Papuans in the last 48 hours, attempting to table a motion was the least she could do.

"In the Pacific we see the French and Papua New Guinea being willing to consider referenda for places such as Kanaky and Bougainville," said Ms Delahunty before submitting her motion.

"There is no reason why Indonesia should not have pressure put on it and it would be great if the New Zealand parliament would step up to this but I am not at all sure how it is going to go."

However in parliament, the government objected.