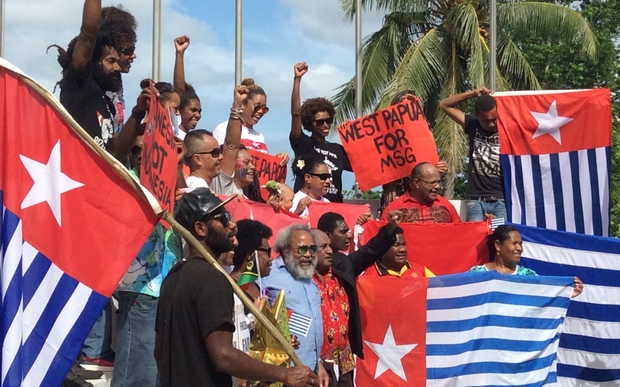 Several Pacific leaders are headed for London to participate in the International Parliamentarians for West Papua meeting at Westminster.

The IPWP is a cross-party global network of politicians who support self-determination for West Papuans, the indigenous people of Indonesia's Papua region.

The two-day meeting next week will also be attended by representatives of the United Liberation Movement for West Papua and several heads of government, including the Prime Minister of Tonga, Akilisi Pohiva.

This comes as a public march in support of West Papuan self-determination was this morning held in Port Vila, the capital of Vanuatu.

Vanuatu is to be represented at the London meeting by its Minister for Lands, the Port Vila MP Ralph Regenvanu.

Mr Regenvanu said there was much to discuss as the political climate over West Papua has changed significantly over the last year.

In 2015, the Liberation Movement achieved observer membership in the Pacific sub-regional organisation, the Melanesian Spearhead Group.

Mr Regenvanu said this reflected growing international support for the West Papuan people to realise their rightful aspirations for a genuine process of self-determination.

The London meeting will be discussing a strategy to bring about an internationally supervised vote in West Papua by the end of the decade.

In addition to this meeting, there will also be a Conference in Oxford held the day before, next Monday, titled 'The Day of Betrayal', which will revisit the Act of Free Choice from an academic, legal and human rights perspective.

The Act of Free Choice was the United Nations-sanctioned referendum by which Papua was formally incorporated into Indonesia in 1969, however the vote is widely considered as having been stage-managed.

West Papuans claim they were not consulted about the referendum process. 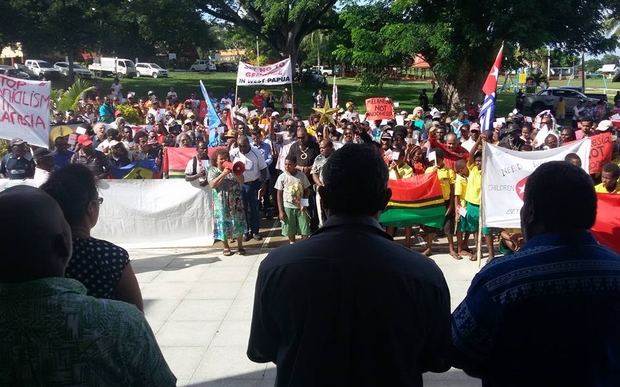 Although some regional governments such as Papua New Guinea and Fiji express strong support for Indonesian territorial control of West Papua, public support for West Papuan independence is steadily growing.

The march was supposed to coincide with the beginning of a special MSG leaders summit in Port Vila where the group was to appoint a new director-general.

However the summit has now been postponed amid a fallout over Fiji's selection of one of its diplomats as the new MSG director-general.

Before the postponement, Fiji's prime minister Frank Bainimarama announced he would skip the summit because he instead planned to travel to Britain to attend the Queen's 90th birthday celebrations.

Nonetheless hundreds of peaceful demonstrators this morning in Port Vila delivered a petition signed by thousands asking the MSG to grant full membership in the MSG to the United Liberation Movement for West Papua. 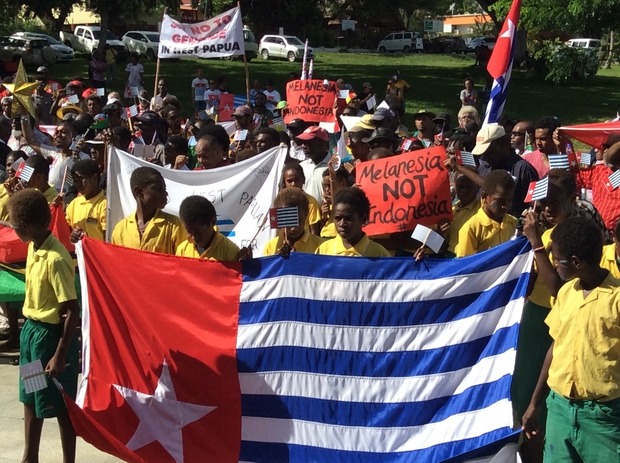 They also want the MSG to cancel the associate membership of Indonesia, as proposed by the government of Vanuatu.

Earlier, Mr Sakita called on the many supporters of West Papuan self-determination to come out from behind their computers and personal devices.

"While we appreciate your brave words of support for West Papua on Facebook, we want all of you to prove what you say by coming out to join in this peaceful march to confirm you mean business for the people of West Papua," he said. 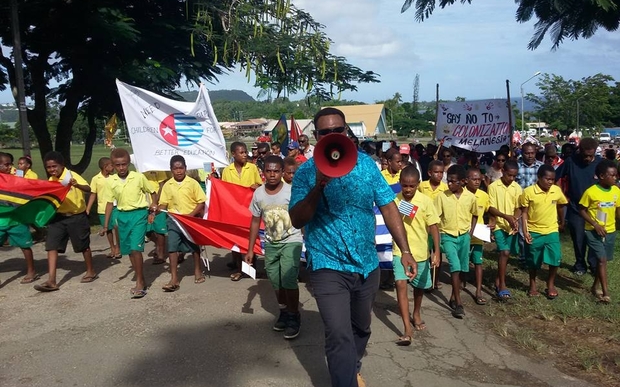