Indonesian police have made widespread arrests in Papua region as West Papuans prepare to hold demonstrations. 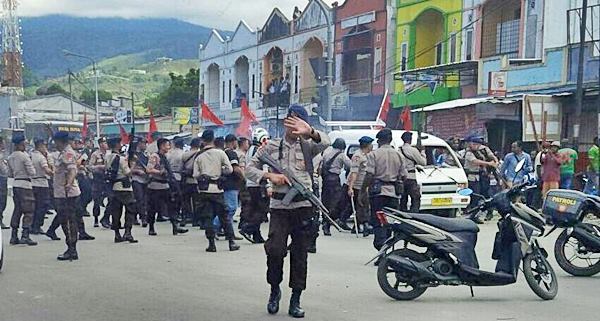 Protests were planned for today in most of the region's urban centres as West Papuans mark the anniversary of transferral of administration in the former Dutch New Guinea to Indonesia in 1963.

Dozens of West Papuans were arrested in Papuan cities such as Jayapura and Merauke for organising the demonstrations expected to take place later today.

West Papua Media Alerts reported that 178 arrests had been made in Jayapura alone.

The arrests follow a series of marches on 13 April, when thousands of West Papuans demonstrated in support of the United Liberation Movement for West Papua.

Forty-four demonstrators were arrested during those peaceful protests.

One of the movement's key groups, the West Papua National Committee (KNPB), said it would persevere with its plans to hold public events despite them being disallowed by security forces.

However, Papua Police Chief Paulus Waterpauw said the KNPB's request for permission to march was rejected because it did not complete requirements under the law.