The Solomon Islands prime minister Manasseh Sogavare has confirmed that the Melanesian Spearhead Group leaders summit will be deferred. 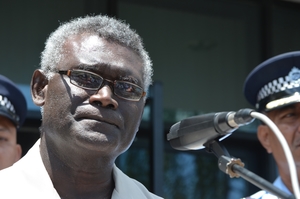 The summit was to have taken place in Port Vila this week but Mr Sogavare, who is the current MSG chair, said the deferment stemmed from "a couple of issues of national political importance demanding his leadership and discernment".

Mr Sogavare said dates for the summit, which was expected to formalise the appointment of the secretariat's new director-general, will be announced in due course.

He said one of the priority matters would be the deliberation on the United Liberation Movement for West Papua's application for full membership in the group.

Mr Sogavare has also sent his special envoy on West Papua, Rex Stephen Horoi, as his representative to this week's conference of the International Parliamentarians for West Papua in London.

The conference will deliberate on strategies to maintain global discourse on the right of the peoples of West Papua to determine their own future.

Mr Sogavare said the outcome of this conference would inform the decisions on West Papua at the next MSG Leaders' Summit.