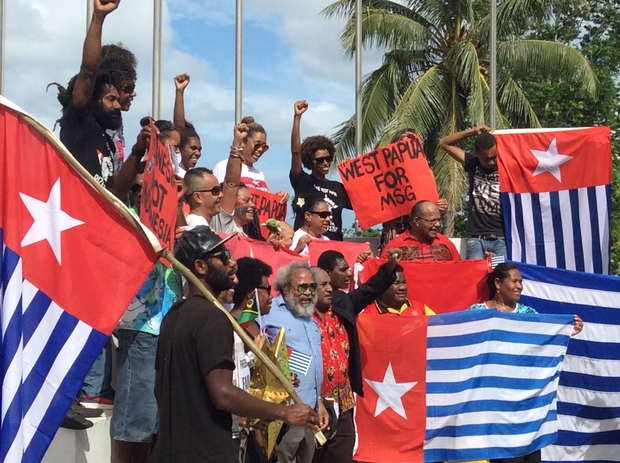 The President of Vanuatu's council of chiefs says the Melanesian Spearhead Group needs to grant full membership to the United Liberation Movement of West Papua.

Chief Seni Mao Tirsupe made the statement at the MSG Secretariat in Port Vila following a peaceful march on Friday.

200 people joined the march and the group's chairman, Pastor Allan Nafuki, said he had a petition with over 5,000 signatures to support the bid.

Speaking for the people of West Papua, West Papuan leader Jacob Rumbiak said Vanuatu is the only country in the world that has stood with his people and supported their freedom, while many others have turned a blind eye.

He said many innocent Melanesian people had been killed by Indonesia and Papua's natural resources had been plundered.

The membership issues were to be discussed at an MSG summit in Vanuatu this week, but the meeting has been deferred in part because Fiji's prime minister Frank Bainimarama decided to go to London to help celebrate the Queen's birthday.