An Iranian refugee who suffered severe burns after setting himself alight on Nauru has died. 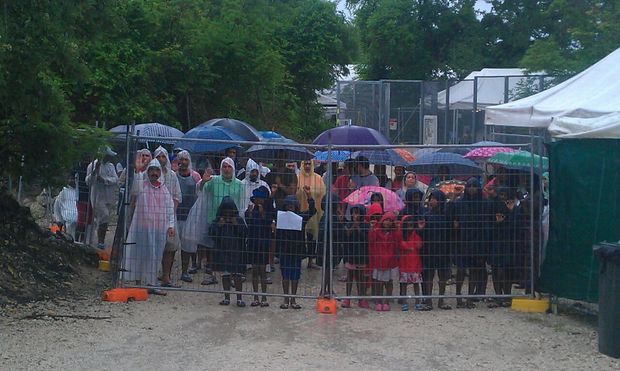 The 23-year-old man was flown to Australia yesterday, 24 hours after he set himself ablaze in apparent protest in front of visiting United Nations officials.

But he died of his injuries in a Brisbane hospital on Friday afternoon.

In a statement, Australia's immigration minister, Peter Dutton, said appropriate support was being provided to the man's wife and friends.

His death will be referred to the Queensland coroner.

He was one of six people sent by Australia to Nauru who harmed themselves this week.

The government in Nauru has expressed condolences to the man's family.

After the incident, it said unfortunately Nauru had seen protests like this during high profile visits, as some from within the refugee community were trying to influence the Australian government's offshore processing policies.

Last week, another Iranian refugee reportedly splashed himself with petrol and set himself alight before neighbours intervened with a fire extinguisher.

Meanwhile, the future of asylum seekers sent by Australia to Papua New Guinea's Manus Island remains uncertain, after a PNG court ruling that their detention was illegal.