The Governor of the Northern Marianas says he wants new gun laws to serve as a model for other states and territories who want some form of gun control. 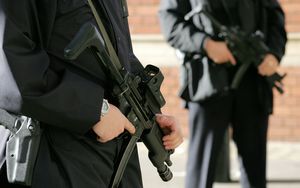 This month Ralph Torres signed a new act into law, emphasising the importance of putting strict regulations on owning firearms.

The law defines the conditions a person can use a firearm, creates gun-free zones and stops convicted felons from legally owning guns.

The move came after a March court decision allowed civilians to own handguns in the CNMI for the first time, ruling that a ban infringed on the Second Amendment of the United States Constitution on the right to bear arms.

Mr Torres said he would not be perturbed by critics of the new laws.

He said the territory was taking pre-emptive steps to safeguard the local community and he envisions the law could be the standard or example for strict gun rules and safer communities.

Mr Torres has also defended the new law's provision that assesses a one thousand US dollar excise tax on pistols.

He said the tax was put in place to alleviate the costs for regulating handguns.