The Northern Marianas may use reverse-osmosis technology to solve its water shortage problems. 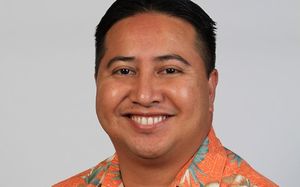 This comes as its decades-old water infrastructure has been plagued with leaks as well as illegal connections.

Reverse osmosis is a water purification technology, which can desalinate and purify water.

The governor, Ralph Torres, said his administration's goal is to have potable drinking water available 24-hours a day in the community and if reverse-osmosis is the solution then it's worth looking at.

But it is expensive, with initial studies showing the territory would need at least US$44 million in capital to bring the technology to the islands.

Meanwhile the Saipan Tribune reports the governor is yet to decide whether to accept the request from the water utility that he declare a state of emergency over the water shortage.