Indonesia's Co-ordinating Political, Legal and Security Affairs minister says Jakarta has won the backing of Fiji and Papua New Guinea for its push to be a full member of the Melanesian Spearhead Group.

Luhut Binsar Pandjaitan toured the MSG countries last week and says Indonesia should have a larger presence in the South Pacific as parts of the archipelago share the same cultural values with Melanesia.

The Antara news agency says the minister was told by Fiji's foreign minister, Ratu Inoke Kubuabola, that his government would support Indonesia boosting its status from associate to full membership. 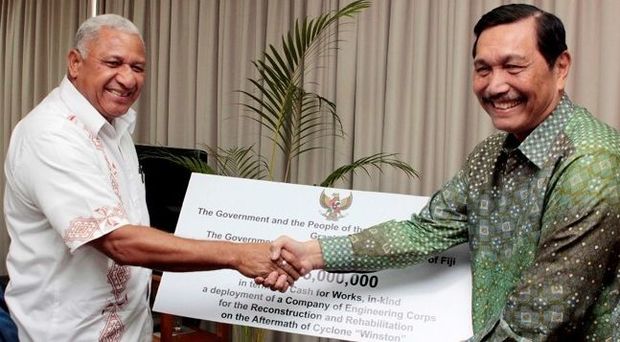 Mr Pandjaitan says being a full member will strengthen Indonesia's position in the MSG.

He says Indonesia needs to maintain good relations with the MSG countries because those nations have influence.

Mr Pandjaitan says if the MSG countries get the wrong information about Indonesia they will end up taking it to the United Nations.