In the wake of more intransigence from Indonesia, the Melanesian Spearhead Group has called for Jakarta to hold talks with the United Liberation Movement of West Papua. 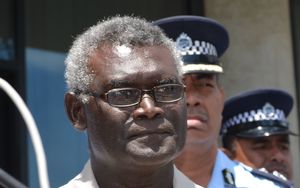 At a meeting in New Caledonia the FLNKS spokesman, Victor Tutugoro, said the issue of West Papua must be pursued with vigour by the MSG.

The chair of the MSG, Solomons' prime minister, Manasseh Sogavare, said the issue of West Papua is dear to the hearts of Solomon Islanders.

He says the significance of this is manifested in the Solomons' appointment of a special envoy on West Papua last year.

Mr Sogavare, who is currently visiting all the MSG member nations, says the trip was to have concluded in Jakarta, but he says the Indonesian President has indicated he is not interested in discussing West Papua.

He says this raises questions as to why Indonesia sought associate member of the MSG when he does not want to cooperate in addressing the issues in front of that body.