As another tropical cyclone bears down on Fiji, the Fiji Metservice says continued heavy rain and flooding is of most concern.

As of 6am Cyclone Zena was located approximately 740km west of Nadi.

Fiji Metservice said the category 2 cyclone was a fast-moving system and was intensifying and gale force winds were expected to reach Fiji by this afternoon or evening.

A tropical gale force warning has been issued for the Yasawa and Mamanuca group, the whole of Viti Levu, Kadavu and the nearby small islands. 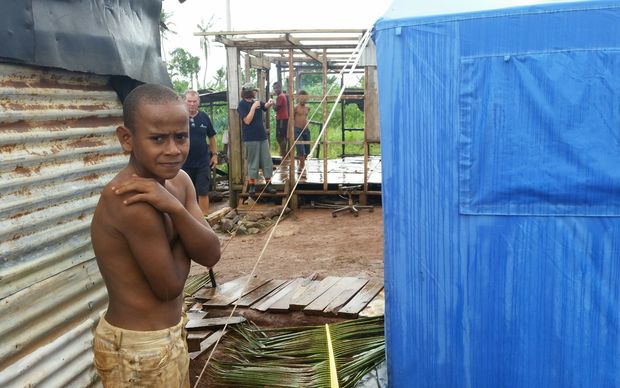 Villagers near Lautoka try to rebuild but have to face another cyclone. Photo: RNZI / Sally Round

The town of Nadi has been under several metres of water and hundreds of people have flocked back into the evacuation centres they had only vacated a few weeks ago after Cyclone Winston.

RNZ International reporter Sally Round is in Lautoka just north of Nadi.

She said the river at Nadi broke its banks again this morning and the streets have been under water since Monday.

More than 3500 people moved to evacuation centres in schools and churches yesterday afternoon and she said that number was expected to grow as people sought shelter throughout the day. 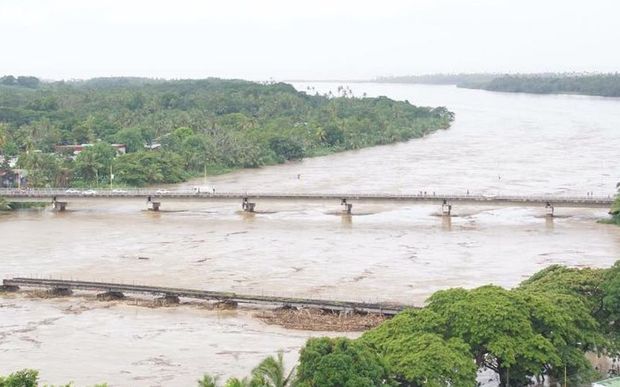 People are still in very flimsy homes after Cyclone Winston, but she said they were battling on and making the best of it.

"I went into people's homes, still bent, twisted and gaping after Winston, now dripping and sodden after these recent heavy rains, but they just put out buckets, shift their bedding and try and get on with it - but weariness, stress and tension are setting in," she said.

Verinaisi Navuniovatu who lives near Lautoka, was preparing to leave for the nearby school yesterday.

"Yeah, it's a worry and I have decided that we are going to look for shelter now. We are not going to take any chances now, getting prepared not to leave, before anything worse happens".

Tropical cyclone forecaster Misaeli Funaki said while they await the onset of Cyclone Zena, the rivers have been rising again due to heavy rain and flood warnings have been issued for most areas.

"For those who live in flood prone areas, not only in low-lying flood prone areas but also for those who live along the trunks of the major rivers, for them to move to higher ground," he said. "People need to also understand that with a tropical cyclone coming in the winds will pick up and as such whatever could be tied down, needs to be tied down over the next few hours". 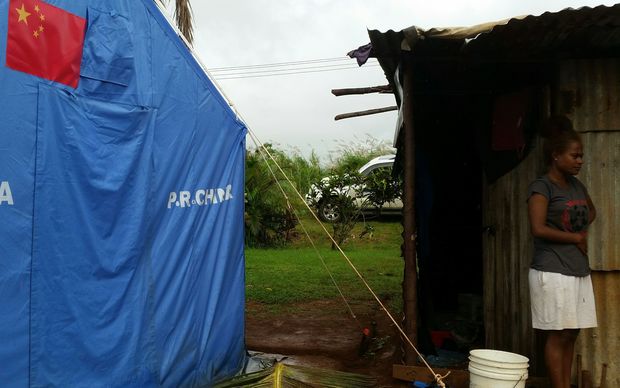 A tent helps to keep a family dry near Lautoka. Thousands are still living in crowded, makeshift shelters. Photo: RNZI / Sally Round

Mr Funaki said because of the flooding there was a lot of debris already in the rivers.

He said more damage was expected from Cyclone Zena, because Fiji was still recovering from the damage already caused by Cyclone Winston six weeks ago.

"We are still under the reconstruction of our beloved nation, and as such most of the places out there are exposed," he said.

"The Western half of Viti Levu, they are living in tents, and some of the structures are under repair. So yes, this could be damaged when these kinds of winds are coming in."

More than 3500 people are sheltering in evacuation centres and one man has died and a woman is missing after 24 hours of heavy rain.

Meanwhile, flights in and out of Fiji have been cancelled, with Air New Zealand stopping two flights and Fiji Airways ceasing flights after their midday service. 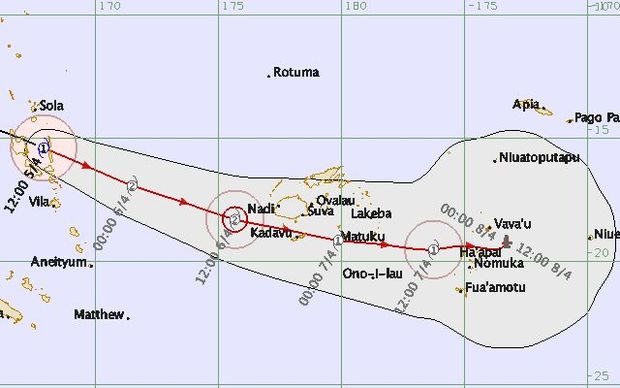