Evacuation centres have reopened in Fiji after heavy rain and flooding since Sunday. 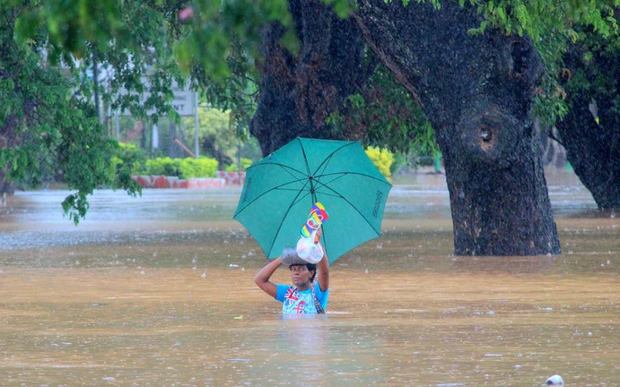 Residents of Korociri cross through the flooded Nadi Back Road in Fiji. Photo: Fiji Government

About 200 people were expected to shelter at Tavua District School in the northwest of the main island, Viti levu.

One of the school buildings still has a gaping hole in its roof after category-five Cyclone Winston tore through little more than a month ago.

The school is sheltering people from Nabuna village, who have had to leave their flooded homes - which were already damaged by the cyclone, which hit six weeks ago. 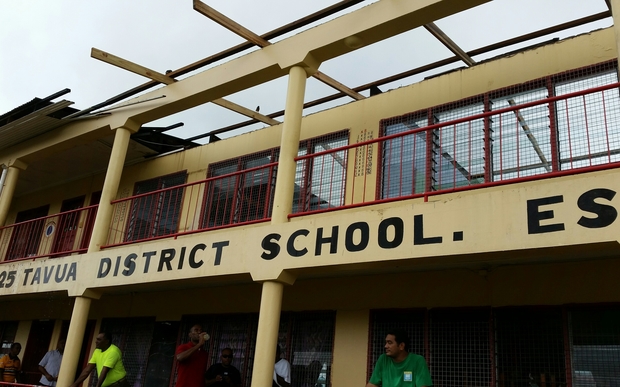 "I think they're going to be staying for another two days. It depends on how the weather goes. Everywhere gets flooded now.

"Even during Cyclone Winston, I was here with them. They were here more than a week. People have started coming in [again]. I'm expecting 200 to come in."

Police in Fiji are asking people not to risk their lives attempting to cross through Nadi Town, on the west of Viti Levu, as water levels remain too high for people to enter.

The town, in the main tourist area, is officially closed today, and people have been advised not to attempt to reach it.

Nadi Back Road, Nadi Town Temple End and the Nadi bridge from Namotomoto village were closed to all traffic and people.

There are also fears that the heavy rain and flooding in Fiji will heighten the risk of disease in remote villages.

The Red Cross has been assessing sanitation and water supplies in villages inland from Rakiraki that were hit hard by Cyclone Winston.

Red Cross water, sanitation and hygiene specialist Ana Zarkovic said many village toilets and water systems were ruined by the cyclone, forcing people to go to the toilet in the open, which in turn polluted the rivers and streams. 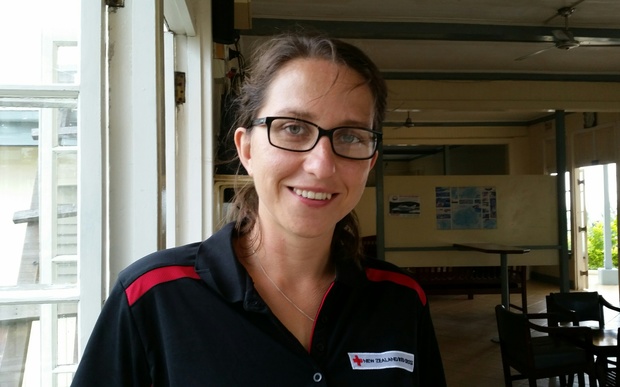 She said things were slowly being restored, reducing health risks, but she feared the heavy rain had now set some remote communities back.

"Following the rains in the last two days, there's a chance that the water supply has been damaged through the silt and the rocks, and there's a risk the communities may be back to using the secondary water sources, which is a bit worrying."

The United Nations Office for the Coordination of Humanitarian Affairs had reported an estimated 250,000 people needed help with water, sanitation and hygiene after Cyclone Winston.

63,000 people have received such assistance so far. 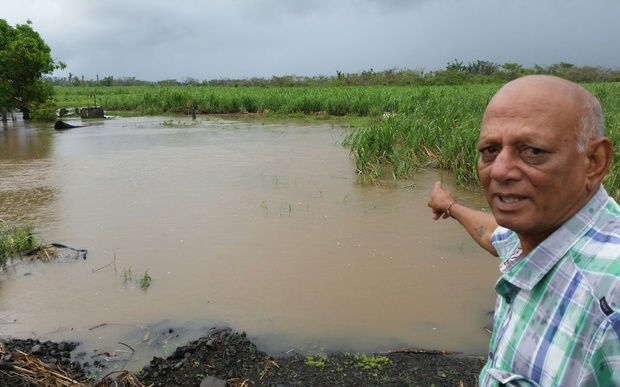 Sugar cane growers in the northwest of Viti Levu are calling for urgent assistance after the latest heavy rain and flooding.

Much of the crop in the area from Ba to Rakiraki was wiped out after Cyclone Winston, and farmers say they have seen little assistance so far to help with replanting. 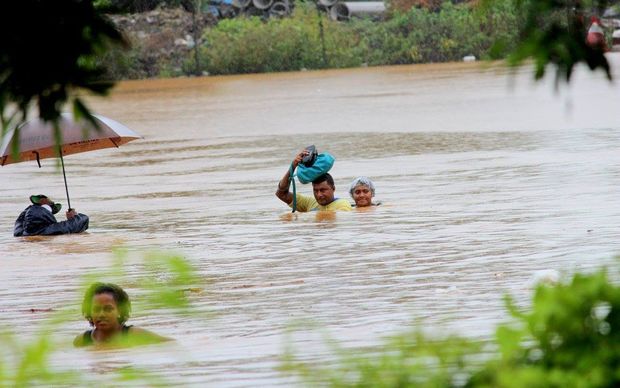 A farmers' representative in Tavua, Chandrika Prasad, said many farmers were surviving only with help from overseas family and friends.

He predicted up to 70 percent of the 7000 growers in his area would walk away from sugar.

"First it was dry weather; two years, nothing. And then hurricane and then this one - rain. If you go to a farmer's house, they've got no roof. Everybody's suffering."

Mr Prasad said if farmers did stay in the industry it would take them at least 10 years to recover from the recent weather patterns.

The Fiji Meteorological Service said the heavy rain was likely to persist for at least the next day.

The tropical disturbance to the south of the country was only moving at about 12km/h.

Meteorological Service acting director Misaeli Funaki said there was already flooding in the western and northern divisions, but flood warnings were in effect for the whole country. 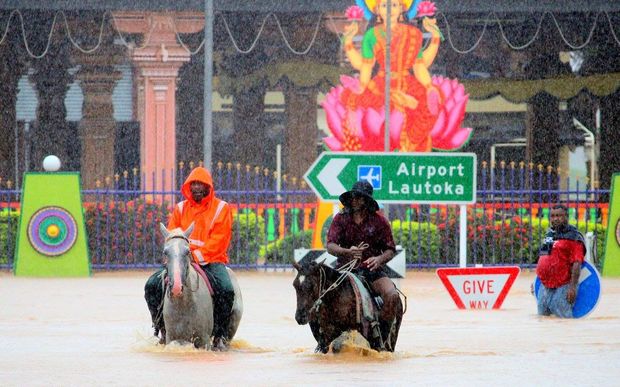 Mr Funaki said the heavy rain was not expected to end soon: "The whole system is anchored over Fiji, and this is going to be the case for the next - even into tomorrow and into the day after. The trough will remain slow-moving over us and that will be dumping in more rain as we look ahead."

He said another tropical disturbance to the west also had the potential to develop into a weak tropical cyclone as it moved towards Fiji.