A rally for the aspiring American presidential nominee Donald Trump has gone peacefully in American Samoa despite calls for protests at the venue.

Donald Trump's local campaign chairman John Raynar said a campaign Facebook page received a lot of hate messages, but he thinks most of them come from people who live off island.

The messages were forwarded to local authorities, but there was no presence of police officers at the venue site with some 20 supporters in attendance.

Mr Raynar said Mr Trump is very much aware of American Samoa's challenges and plans to establish a special task force to look after the interests of the territories if elected to the White House. 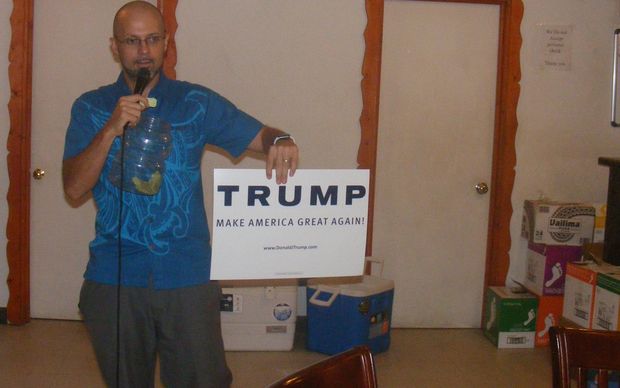 He said Mr Trump is the only presidential candidate that has come forward for a plan for the Pacific Islands.

"We've had zero outreach, zero recognition for our troops, for the salt of the earth of the American Samoans who have poured their heart and soul into America and Mr Trump, contrary to popular belief, is somebody who recognises what American Samoans have done and he's ready to give back to them."