Kava growers in Fiji are flooding the market with their goods after Cyclone Winston uprooted their plants, forcing them to harvest. 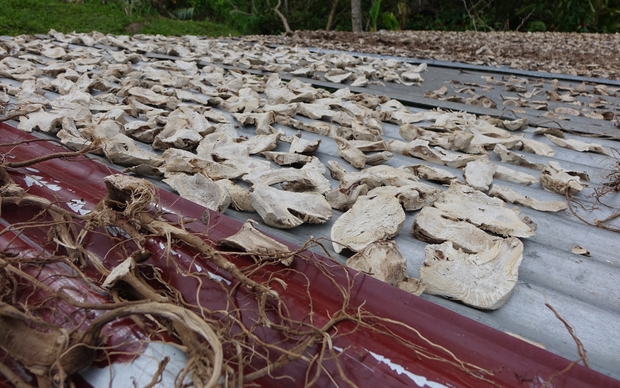 Every kava grower on Taveuni has their kava out drying after Cyclone Winston. Photo: Alex Perrottet/RNZ

On Taveuni, Fiji's 'garden island' famous for its rich volcanic soil, kava growers supply some of the most wanted kava varieties to the rest of the country.

Kelera Mere, who manages a community-owned tourist attraction, said all the farmers in the village had cut up the roots and were drying them on the corrugated iron tin that now littered the island.

She said apart from tourism, kava and taro crops were the islanders' main source of income.

"Yes, we are going to start it again because if we leave it for another one week, the thing damaged. So even the men are starting to plant. All the foods we depend too, all destroyed also."

Kelera Mere said tourism was crucial and although damage had been sustained, she encouraged tourists to visit the many waterfalls and garden walks of Taveuni. 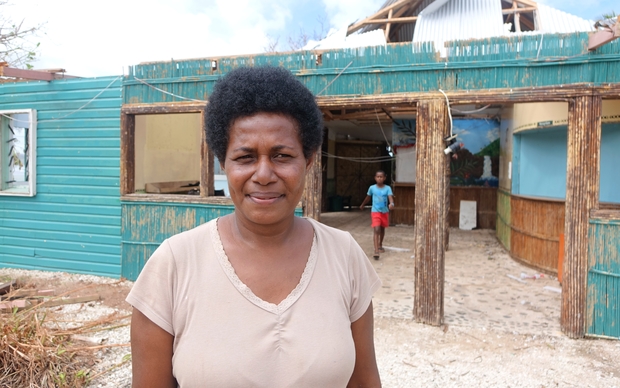 Meanwhile, Fiji's reserve bank said the country was likely to experience a rise in the prices of domestic produce over the next three to six months following cyclone Winston.

The cyclone wiped out all of the crops north of Lautoka in the Western Division, and destroyed up to 80 percent of the crops from Fiji's sugar industry.

According to the Fiji Times, central bank governor Barry Whiteside said prices should ease in the second half of the year depending on how fast farmers were able to rejuvenate their farms

Mr Whiteside said farmers would need a lot of assistance with seed material and he was happy to see support already provided by the government and a number of local and foreign agencies.

He said it was still too early to come up with firm numbers on the damage caused by the cyclone and the bank was still assessing the impact on the country's projected growth numbers.