Fiji's trade minister has warned traders against engaging in price gouging in the wake of cyclone Winston, after some reports of consumers being exploited for supplies. 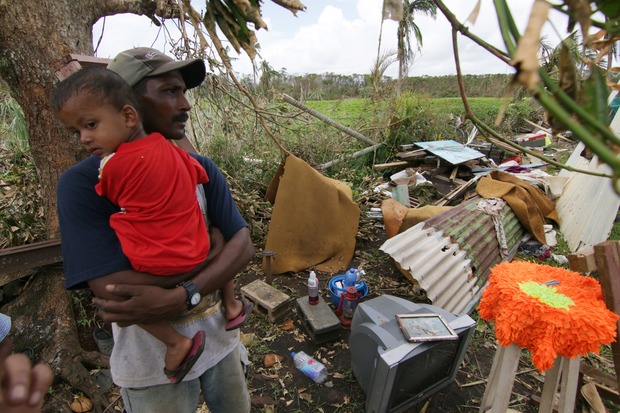 He said some traders were also found selling cyclone damaged goods and food that was spoilt.

The minister said these practices were unacceptable and the Commerce Commission would be conducting inspections to ensure people were not being exploited.

Some villagers in the outer islands of Fiji were told they had to wait another week for tarpaulins.

Aid finally arrived to Lavena village on Taveuni in the north of the country yesterday.

But Iosefo Golenavanua and two of his sons only received food, as tarpaulins were only given to families with completely flattened houses, which is about two thirds of the village.

He is staying with five other families in the kindergarten classroom but they've been encouraged to move back so classes can restart.

He said the two tiny rooms with roofing still leaked and might even fall over.

"It's a complete write-off, and our toilet and kitchen, gone. And we haven't received any tarpaulin and we hope we will get some. If we don't we will make use of some of the tin that is here."

Iosefo Golenavanua said all his crops were destroyed and he needed to find a new source of income so he could rebuild his house.