All of the crops north of Lautoka have been ruined by Cyclone Winston and farmers have to start all over again, says the manager of a cooperative in Nadi.

Rotting bananas at the foot of broken trees. In Fiji's West and North, almost all crops are gone. #TCWinston pic.twitter.com/scCqA1BkpO

Cyclone Winston has claimed 42 lives so far, with two people still missing, and it wiped out all of the crops north of Lautoka in the Western Division, and caused significant damage in Nadi.

However, Kyle Stice of Natures Way Cooperative said seeds and plants in the Sigatoka Valley were not as badly hit and they would serve as the means to re-grow the crop.

He said each cyclone was unpredictable and Cyclone Winston's speed, as well as it being a 'dry' cyclone, meant that some crops survived, and the usual post-cyclone flooding was not as bad as expected.

But the farmers he worked with would be demoralised, he said.

"They had now just invested in seven acres of fully irrigated papaya, it was on the group when it was up and going, and they lost 100 percent of their crop and this has an impact on the confidence of farmers, particularly in these high risk export crops." 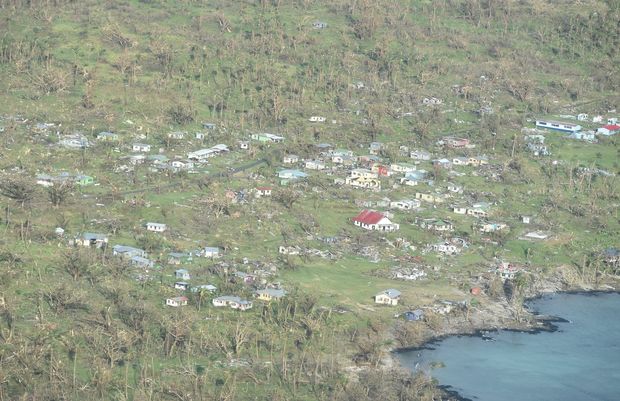 Mr Stice said he was trying get families to diversify their income streams, so they did not suffer so much from major shocks like cyclones.

Mr Stice said small farmers were already back at work salvaging their crops and re-planting, and that some farmers during the cyclone managed to save seedlings from their nursery.

"We have a few exceptions, a few innovative nursery men who have put in place some disaster mitigation strategies and were able to dismantle their nursery, were able to pull some of those seedlings into their house. One here in Nadi used a few classrooms to store his seedlings."

He stressed that farmers needed to diversify and not rely on only one type of crop and that breadfruit in particular had been hardy, adding that only two trees out of a plantation of 236 in Nadi were ruined.

As the sun sets on day 5 since #TCWinston banana and casava crops are standing but ruined. pic.twitter.com/SivlJc1T7v 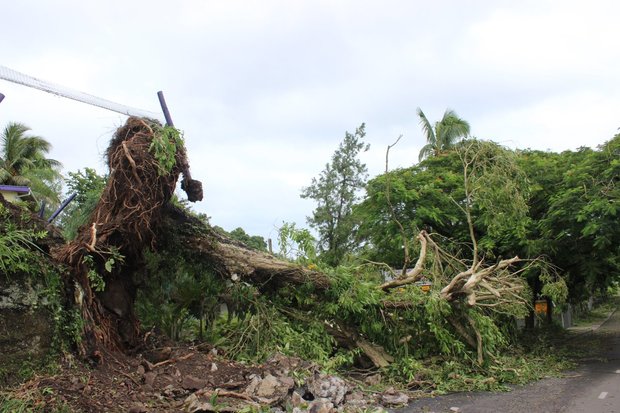 About 45,000 people, or 5 percent of the country's population, are in evacuation centres such as schools and churches following the category five cyclone.

Those being housed in schools will soon be relocated to churches and community halls as children start to go back to school.

Spokesperson Reverend James Bhagwan said the church will continue to make its buildings available wherever possible.

"Whatever we have, we will share. Because it is the people of Fiji struggling at the moment, and there a time now for everyone to offer whatever we can."

Reverend James said the Methodist Church was still waiting to make communication with some of its divisions to find out if their buildings had been damaged.

A truck with water passes by in Nadi, heading to a shop. Many in evacuation centres could do with some. #TCWinston pic.twitter.com/Kq2n3s37w3 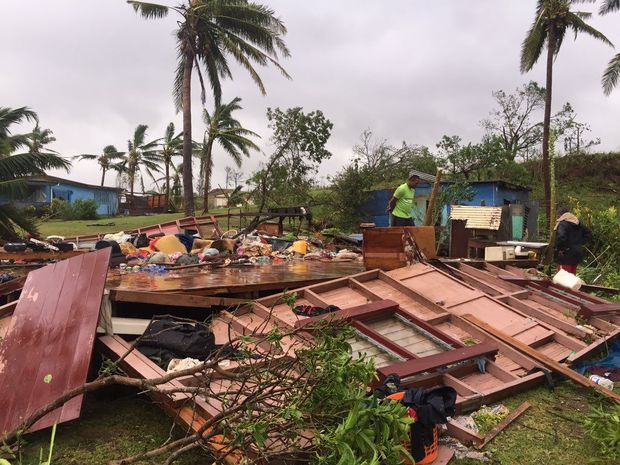 She said this could include the provision of scientific and technical support for disaster response teams, work to mobilise additional funds or assessment of damage.